2 New ‘Spider-Man: Across The Spider-Verse’ Stills Released Via Empire 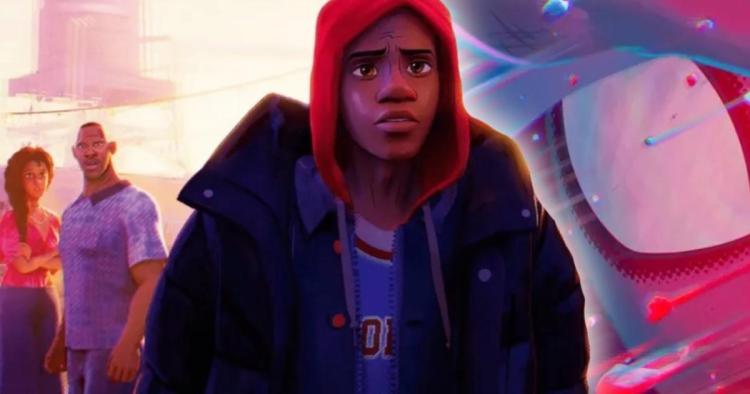 Spider-Man: Across the Spider-Verse is one of the most anticipated titles of 2023 so far, since its original 2022 release was postponed by a year.

Now, new stills have been released via Empire Magazine ahead of a possible trailer being released at CCXP 2022, if we’re lucky.

New Stills From Across The Spider-Verse

In their latest issue, Empire Magazine featured new stills from the Spider-Man sequel, featuring two of the movie’s most prominent characters, Miles Morales and Gwen Stacy.

In an interview with Empire, Spider-Verse producers Chris Miller and Phil Lord talked about where Miles was headed in this movie.

Miles is going through different phases in his life. Now he’s got confidence, but he’s starting to find out where his place in the world is, and he’s feeling ready for his next challenges. He wants to leave the nest. He has to figure out who he is and who in his life matters, and what’s important. As a teenager those are a lot of the big questions that you’re asking yourself, and this is playing it out on a big, multi-dimensional superhero scale.

When asked how prominent Spider-Gwen’s role would be, here is what to say:

She sure is. The movie opens in Gwen’s world, and she has a lot of things going on. There’s a lot of her world in this movie.

Lord said that the film will explore the “romantic possibilities” for Gwen and Miles.

There’s tension between the romantic possibilities for her and Miles, and their desire to keep their friendship intact, and not to risk it. That’s a really interesting place for two characters to be, especially when they’re so young.

and we FINALLY have a new description for Oscar Isaac’s Spider-Man 2099!

Miguel O’Hara is the leader of a band of fighters that are trying to clean up the consequences of the collider explosion at the end of the first movie. And as you can imagine, it’s really hard to lead a bunch of people who have never been led [laughs].

When asked about the possibility of Tom Holland’s Spider-Man appearing in this movie, Miller teased that “anything is possible in the multiverse.“ Recent reports have stated that Tom Holland will indeed appear as MCU’s Spider-Man!

[Laughs] Let’s say… Anything is possible in the multiverse.