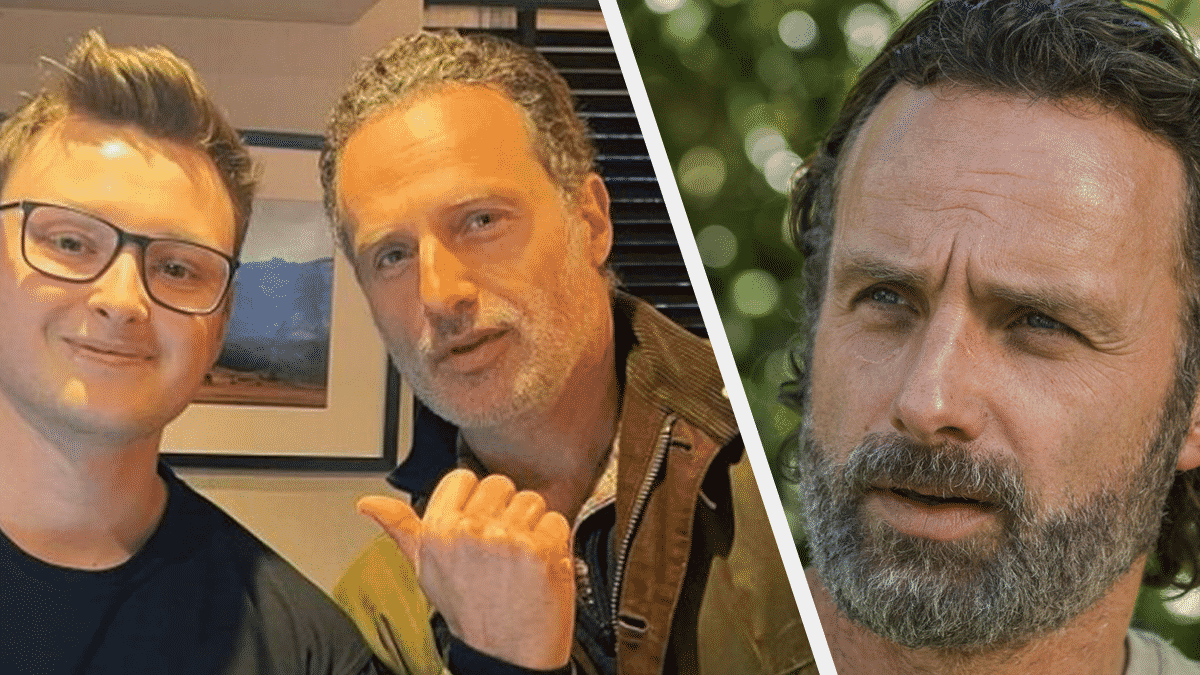 Andrew Lincoln is famously known for his slicked-back hair when appearing as Rick Grimes on The Walking Dead. So it is safe to assume that he has donned the Rick Grimes look in this recent public selfie.

Does this mean Andrew Lincoln is back as Rick Grimes?

Well yes, it does, but that doesn’t mean we will see him anytime soon. Lincoln is currently set to star in the upcoming Rick Grimes-focused feature films. However, it was mentioned back in 2021 that they were hoping to get started in the spring of 2022. So it is more than likely he is preparing for it now, so yeah you can freak out now!

Will Rick Grimes be in The Walking Dead Season 11?

The question on every Walking Dead fan right now is will Rick Grimes return for season 11?

I do have my suspicions that he will appear as the Walking Dead showrunner, Angela Kang, stated that it was something she wouldn’t say no to. Plus, it would be impossible not to feature Rick Grimes during the commonwealth storyline… right?

Comic readers will know that Rick was a huge part of the comic storyline the show is currently adapting. Although, they might be continuing this storyline from season 11 through into the Rick Grimes movies. Either way, I have almost no doubt that they will try to include Rick Grimes (Lincoln) in season 11 some way or another.