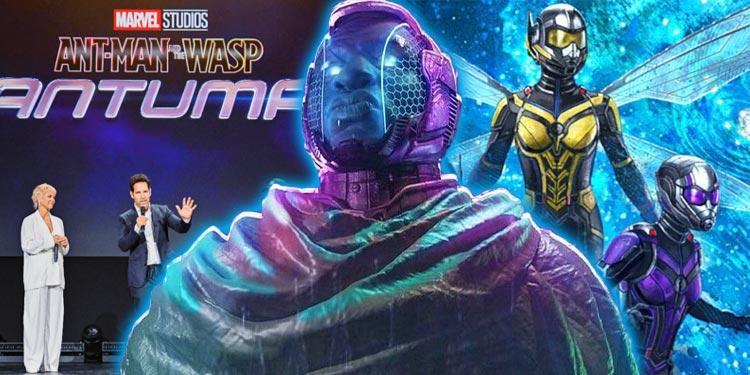 With 7 MCU projects this year, Marvel Studios has accelerated the pacing of the Multiverse Saga. Phase 1 lasted 4 years, and Phase 4 will only last 2 years with The Guardians of the Galaxy Holiday Special being its closing chapter. It was only natural that this year’s D23 Expo presentation would offer new footage of Phase 5 of the MCU; and that it did.

In this article, we will break down the exclusive footage shown for Ant-Man and The Wasp: Quantumania with descriptions of the scenes, and audio transcriptions.

The trailer begins with Scott, Hope, and Cassie on a car ride together, where Scott listens to his own audiobook.

Scott has faced a life of fame after the events of Avengers: Endgame. He wonders how he went from being an ex-convict to being Ant-Man. After being awarded Employee of the Century by Baskin-Robbins, he has brunch with Jimmy Woo in the next shot. We also see Scott and Hope posting bail for Cassie, for an undisclosed reason.

They wake up in a very confused state and come across civilizations and monsters, before Bill Murray’s character appears out of a ship and reunites with her like they’re long-lost friends. We see Kang’s guards apprehending Cassie and escorting her in cuffs. The next shot shows Scott in a room with Kang himself, deciding upon the terms of Cassie’s release, with Cassie locked in a cell right behind them. In the footage we’ve seen, Kang doesn’t wear his helmet. He offers Ant-Man a deal to help him retrieve something that he lost. Ant-Man refuses, after which Kang binds him to the wall.

This trailer features the song “Your Smiling Face” by James Taylor, which can be listened to here: