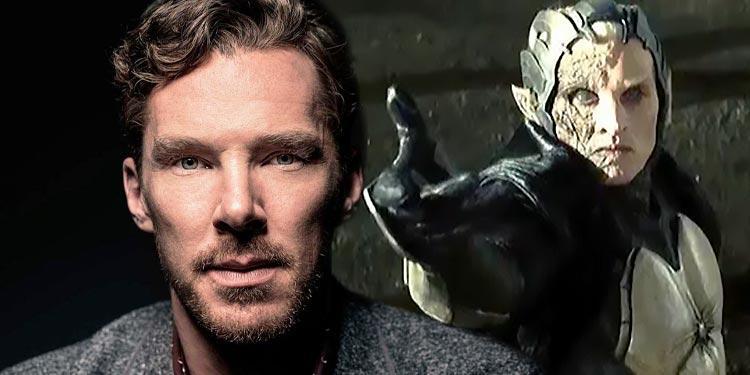 Doctor Strange 2 is finally here meaning that Benedict Cumberbatch is currently going around doing interviews for it. Well in a recent interview on BBC Radio 1’s YouTube Channel, Cumberbatch reminded fans about something. Benedict was originally going to play Thor: The Dark World villain ‘Malekith’. However, the role went to Doctor Who actor Christopher Eccleston instead.

Benedict Cumberbatch revealed that it wasn’t until some time later that the MCU approached him again. When they approached him to play the role of Doctor Steven Strange, he initially was going to decline. Why? He stated that he didn’t like the idea of playing such an arrogant misogynist in the Marvel Cinematic Universe. Thankfully the MCU reassured him that their Steven Strange would have more of a modern spin to it.

What If Benedict Cumberbatch was Malekith?

Would Benedict Cumberbatch have still been Doctor Strange if he managed to obtain the Thor role ‘Malekith’?

We think he would be honest, it’s hard to imagine anyone else playing the role of Steven Strange so well. Let us know what you think, could you see anyone else playing Doctor Strange? Did you know Ethan Hawke almost landed the role? We will cover a full list of actors that almost played Doctor Strange in the next few days. So follow our Twitter or Facebook so you don’t miss it!