It's happening, Andrew Lincoln and Danai Gurira are really doing this! 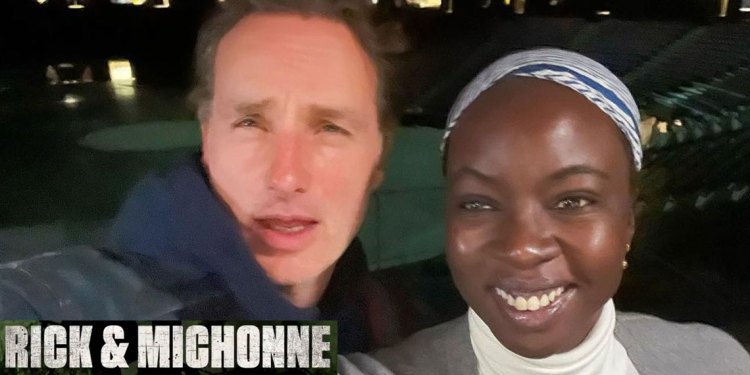 Yes, the main series of ‘The Walking Dead’ is over, but that has not stopped the whole universe of spin-offs to live on and continue to make thousands of fans happy.

Despite the original show airing the last ever episode back in 2021, that has only expanded the universe of different shows such as Fear, Dead City, and now the Rick & Michonne series.

Fans of the franchise were delighted when the announcement was made that a 6-episode series, featuring Andrew Lincoln and Danai Gurira returning as Rick Grimes and Michonne, will be coming out in 2023.

However, the original idea was for Rick Grimes to get his own collection of movies, which will still technically be true as each episode will most likely be an hour long; or longer.

READ OUR FULL REVIEW ON ‘THE WALKING DEAD’ FINALE.

30 minutes prior to the writing of this article, Danai Gurira shared some new images of herself, Andrew Lincoln, and producer Scott Gimple from behind the scenes of the upcoming series.

Gurira also captioned her post with “Pre-production is in full swing. We’re getting there!”, officially confirming that pre-production on the show has commenced.

See all the images below.

No official release date for the ‘Rick & Michonne‘ series has been set yet, but it does seem like 2023 will truly be the year we get to see the episodes.

Remember to follow us on Twitter or any of our other socials to stay updated on the latest Walking Dead News!