Did you know that Channing Tatum almost joined the X-Men back in the Fox days? 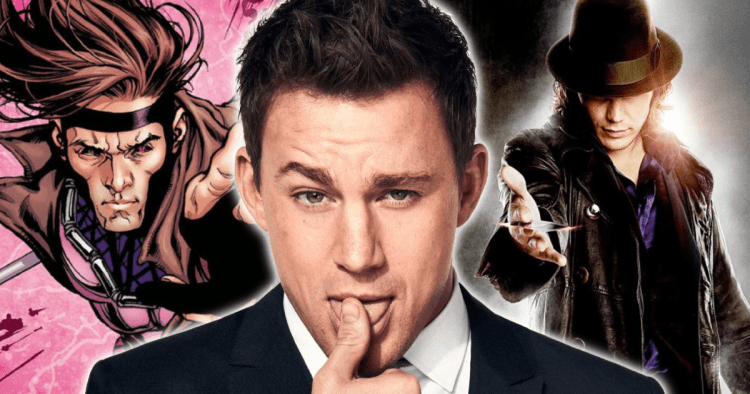 Disney’s acquisition of Fox back in 2019 led to the cancellation of the whole Fox-Marvel X-Men franchise, handing all of the rights over to Disney and Marvel Studios to decide the future of the mutants. The news was both exciting and slightly disappointing to X-Men fans as the fate of the franchise was somewhat of a mystery.

One X-Men-related project in particular that was scrapped due to the Disney acquisition was the Channing Tatum ‘Gambit‘ spin-off which had been announced years prior. Despite the film not being a direct X-Men sequel, the spin-off was still considered to be a part of the wider X-Men universe of projects – similar to the MCU.

He Was Devasted When Losing Gambit

While speaking to Vanity Fair to discuss his upcoming Magic Mike sequel, Magic Mike’s Last Dance, Channing Tatum reflected on his Gambit film being axed by the studio.

Tatum told Vanity Fair that the in the end, the spin-off was “swallowed up into Disney by way of Marvel when they bought Fox” back in the 2019 acquisition.

Despite the success of films such as Deadpool, which Tatum explains was similar in tone, “the tone of the movie we wanted to make was very far from what they [DISNEY] wanted to do”. However, he goes on to say that “maybe they’re [DISNEY] waiting to see how they do it with us or without us”.

Tatum even confirmed that he and others from the axed project still “call every once in a while but we’ve got to spiritually, emotionally, kind of mentally let it go”. Confirming that, if given the opportunity, he may still be interested in portraying the X-Men character Remy Lebeau, also known as the iconic mutant Gambit.

One thing is for sure nowadays over at the Disney-Marvel Studios, nothing seems to be off the table at the moment, with storylines such as the multiverse bringing back icons such as Hugh Jackman’s Wolverine. Patrick Stewart has even reprised his role as Professor X, not the same “variant” from the Fox-Marvel era – but still very similar.

Hugh Jackman’s Wolverine will most likely be the exact same Wolverine that we all grew to love during the many years he portrayed the clawed mutant. We even got to see John Krasinski appear as Fantastic Four’s leader Reed Richards, which was extreme fan service due to years of fan casting – so maybe there is still a chance for Tatum.