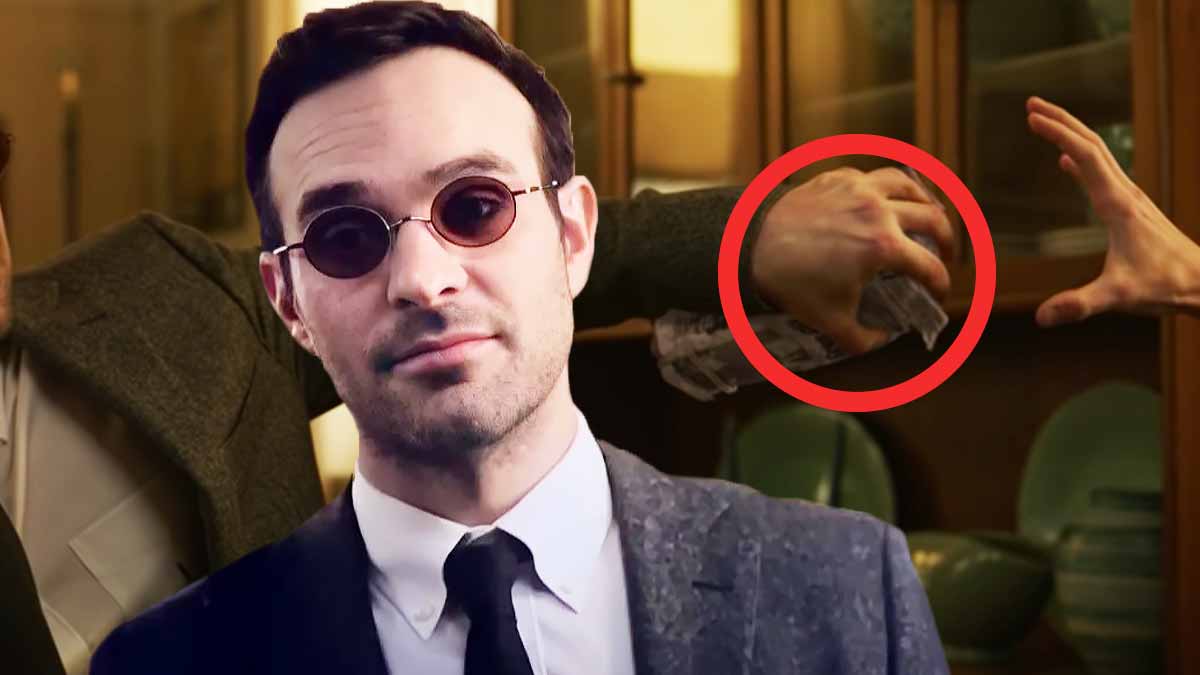 Spider-Man: No Way Home swung to theaters and was not only the 6th highest-grossing movie of all time but also got nominated for Best VFX(Visual Effects) at the Academy Awards. Now, we all know No Way Home wasn’t solid in VFX, but this post will definitely change your mind, and make you appreciate the little details that go into the post-production of a movie even more. Like all MCU( Marvel Cinematic Universe) movies, it does have a lot of unnecessary VFX, but in this case, it is perfectly justified.

VFX Changes To The Daredevil Scene

Kelly Port, The VFX supervisor for Spider-Man: No Way Home, in a video with the popular channel Corridor Crew, revealed that the brick which Charlie Cox (Matt Murdock aka Daredevil) caught, was originally planned to be a snowglobe, and was replaced with the brick in post-production, due to creative decisions.
The object was chosen to be a snowglobe because Mysterio had been depicted with his helmet resembling a snow globe in his illusions in Spider-Man: Far From Home.

Reacting to Kelly’s reveal of this fact, the interviewers asked him whether Tom Holland’s fingers were CG (Computer-Generated), he referred to the fact that Charlie and Tom’s fingers looked as if they were holding a sphere.

Why Was The Snowglobe Replaced?

The snowglobe was obviously a reference to Mysterio, but the physics of the snowglobe in that scene didn’t make sense(not that the physics of the rest of the movie made sense!). If it went through the window, it would’ve been shattered by the forces acting on it, and it would’ve been shattered by Matt’s arm in any case. This is probably why they replaced it.

Spider-Man: No Way Home is currently streaming on Digital Services and available for a Blu-Ray purchase.