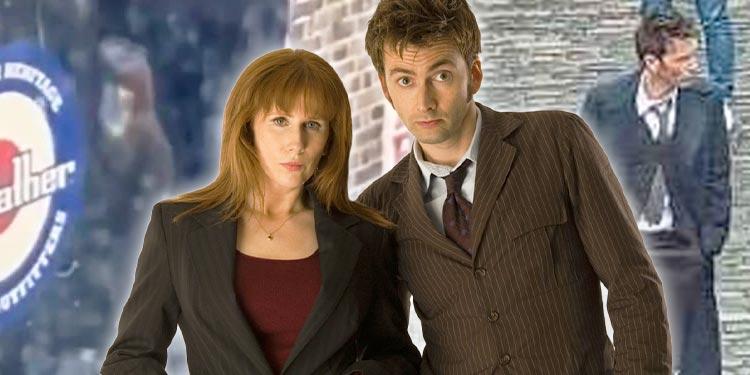 Well, it’s official now, if you haven’t heard already, David Tennant is back as the Doctor! Russell T Davies took to the internet to reveal the news earlier this week, as of writing this article. However, Tennant has now been spotted filming scenes as the Doctor for the 60th anniversary.

Not just David Tennant either, Catherine Tate’s Donna seems to be in the set images too, but how?!

Well Russell T Davies only had this to say:

THEY’RE BACK! The Doctor and Donna! But… how?! He wiped her memory! If she remembers, she’ll die! But, but… is it a flashback? A dream sequence? A lie? A fantasy? A parallel universe?! Alt Doctor? The Land of Fiction?! You’ll find out in 2023 as Doctor Who hits its 60th – diamond! – anniversary!

David Tennant casually filming scenes in the middle of the street wearing his iconic Doctor attire, although his suit looks slightly different now.

David Tennant is filming scenes for the 60th-anniversary episode special of Doctor Who, which is set to come out in 2023.

If you look closely, you can also see Catherine Tate’s Donna filming scenes with Tennant. This is indeed a surprising character return as her fate was pretty sealed during Tennant’s run as the Doctor.

However, with Russell T Davies back in the showrunner’s chair, who knows what great storytelling he has in store for us!