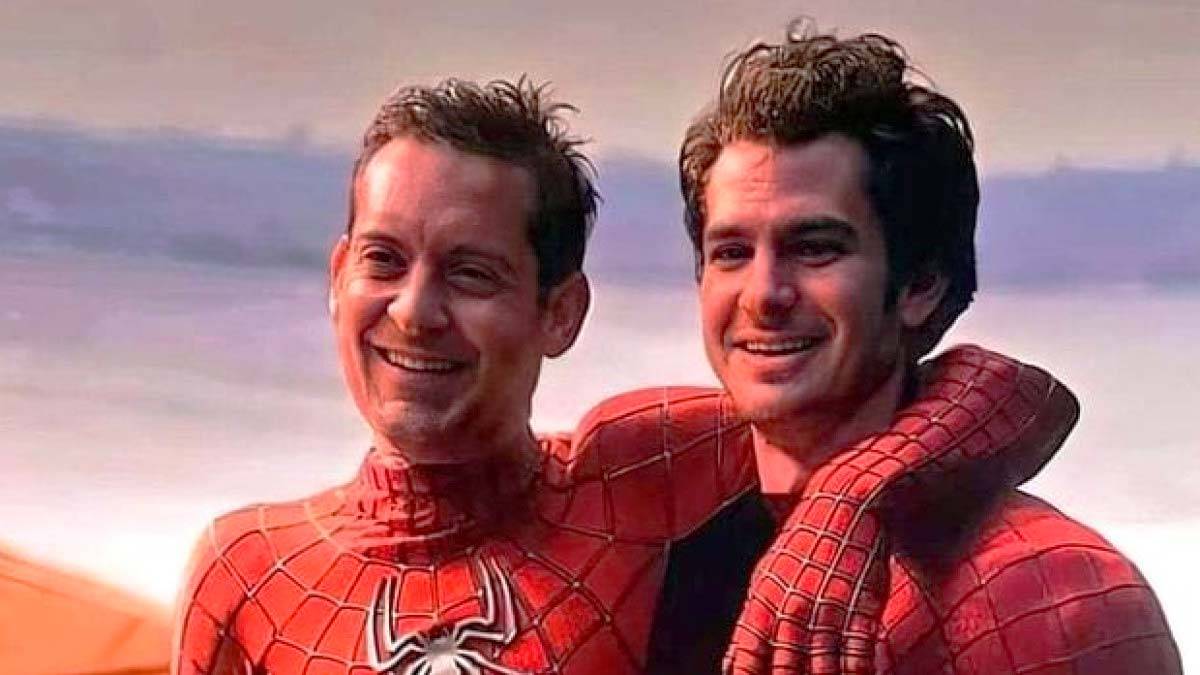 While we only have days now to wait for the digital copy of No Way Home to release. The leaks have given fans a sneak preview nonetheless. One recently caught our attention as it includes Andrew Garfield’s Spider-Man possibly teasing a future appearance[s] still in the MCU (or Sony Marvel Universe). He can be heard stating to Tom’s Peter that he “knows where to find” Tobey Maguire and Andrew Garfield’s Spider-Men.

If this video isn’t working, high chance it has been removed from the original uploader.

What Could This Mean? (QUICK BREAKDOWN)

Although these claims don’t come packed with any sufficient evidence. The reports do carry some weight due to the increasing possibility of it happening. No Way Home has taught us that much!

Andrew Garfield shouts “you know where to find us” if ever Tom Holland’s Peter needs their help in the future. This may have been cut due to doors wanting to be left open (or closed) for a possible return. The companies behind No Way Home may be trying to retain some secrecy among the leaks. They may also simply be cutting this dialogue to prevent fans from craving even more. (which we would have craved nonetheless)

Click this or the image above to play our easy Spider-Verse quiz, medium and hard coming soon!