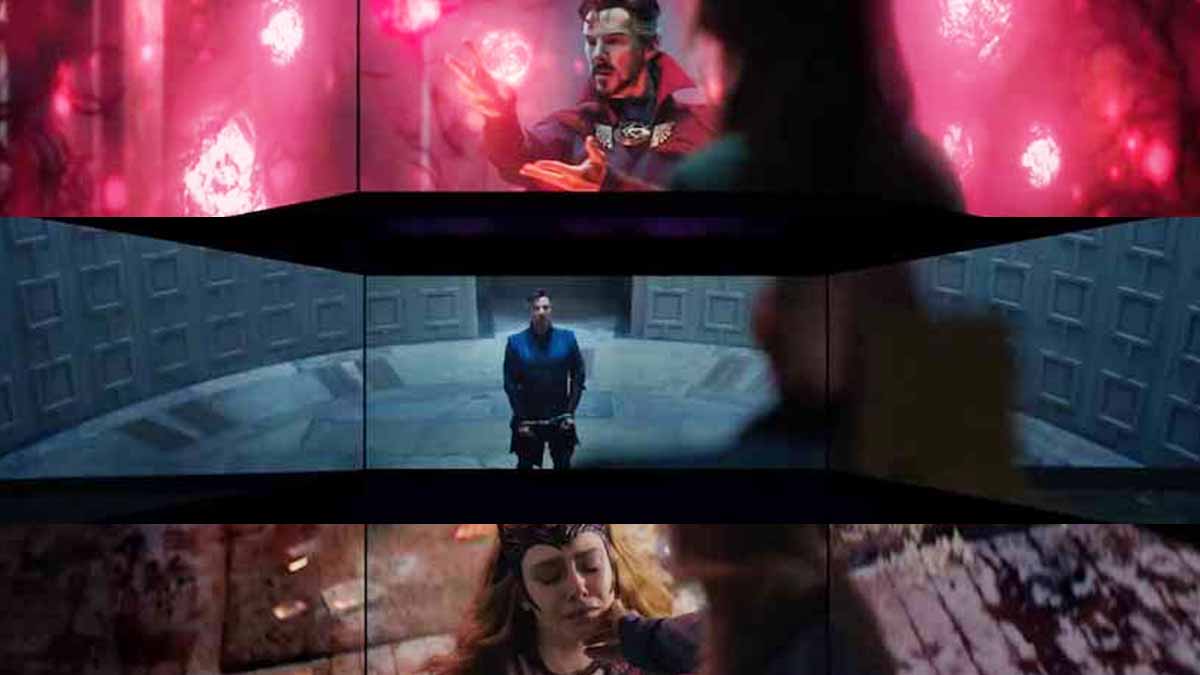 Marvel Studios’ Doctor Strange In The Multiverse Of Madness is expected to sling-ring to theaters in less than 2 weeks, and all of us can feel the hype for this movie coursing through our veins. This movie will continue the stories of Doctor Strange, WandaVision, Loki, What If..?, and Spider-Man: No Way Home. It will introduce the MCU (Marvel Cinematic Universe) to universes we have never seen before, with some that may seem quite familiar, and will definitely continue the stories of timelines we’ve explored before.

4DX is a film format that was introduced very recently, and it took theaters by storm. This format is very similar, and at the same, very different from the popular IMAX format. Unlike IMAX, which gives us more vertical footage, 4DX provides more horizontal footage, and has three screens, out of which the peripheral two are slanted towards the seats to provide a more cinematic experience.

This is a classic case of Marvel editing their trailers to avoid spoilers. In this shot, it is quite obvious that Wanda’s red chaos magic was replaced with the yellow eldritch magic used by sorcerers to mislead audiences. The main screen does not have the red lens flare and hue of the peripheral screens.

Clea/Night Nurse With Strange In The Alternate Sanctum

Here, we can see Christine Palmer’s character, who was widely rumored to be Clea, but the reliable Twitter leaker @MyTimeToShineH contradicted this rumor, saying-

America Chavez With Strange At Kamar-Taj

Wong At The Darkhold Castle

In the standard version of this shot, everyone thought that Wong was talking to Strange at Kamar-Taj, but in this extended version, after observing his surroundings, a fan noticed that Wong was actually at the Darkhold Castle.

A Better Look At Charles Xavier

A Very Violent Fight At The Westview Home

We can see blood splattered all over the floor of the house, which is definitely not average MCU. This implies they are really pushing through the bounds of PG-13, just like The Batman.