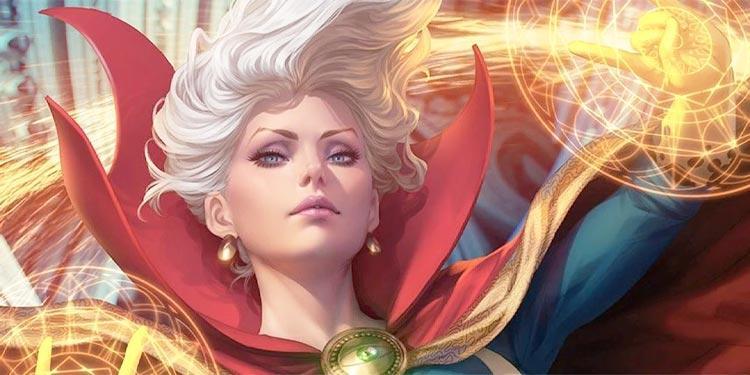 Clea, aka Doctor Clea Strange, has been in the mind of MCU fans this past year due to constant rumors that she will be marking her debut during Doctor Strange 2. Well, Doctor Strange 2 is officially out now, so no need to wait any longer. Does Clea make her MCU debut in Doctor Strange in the Multiverse of Madness?

Yes, yes she does, with a very high-profile actor playing the part.

Charlize Theron was revealed during one of the post-credit scenes attached to Doctor Strange 2, to be playing Clea. Funnily enough, similar to the majority of the plot, this was actually reported last year in 2021. Although due to many other rumors floating around, it was quickly buried online as is everything else.

Who Is Marvel’s Clea?

Clea has such an impressive back story, mostly relating to the Doctor Strange comics. Such as the fact that she is the literal Niece of Doctor Strange villain Dormammu in the comics. Clea’s whole family in fact is tied directly to the dark dimension, the one dimension Steven Strange hates the most.

She also has the ability to ‘hop’ to different dimensions as seen during the post-credit scene of Doctor Strange 2. However, we only catch a glimpse of this as it was just a short introduction to her character.

The most important note to take here though is the fact that in the comics… she took Steven’s job as Sorcerer Supreme.

This could possibly be the beginning of Benedict Cumberbatch’s goodbye to the MCU, but that’s just me theorizing. There’s much more to talk about when it comes to Marvel’s Clea but we’ll save that for future articles, thanks for reading!