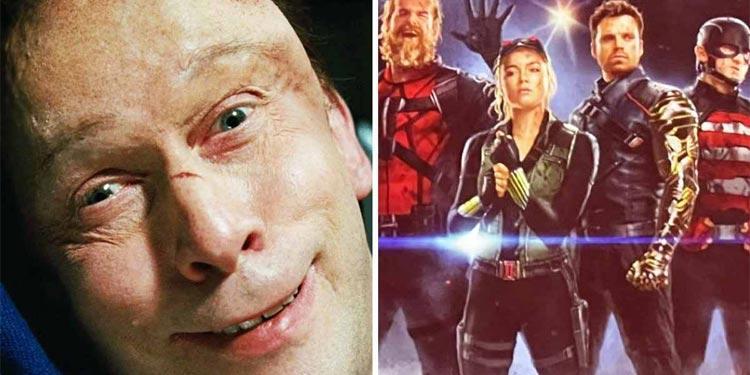 The MCU had plenty to say at the 2022 D23 expo by Disney, showcasing some of their upcoming projects from within the multiverse saga. Kevin Feige was in good form as per usual with plenty of sneak peeks, cast surprises, and exclusive footage for the D23 audience.

We weren’t sure what announcements to expect but plenty of theories have circulated the web these past few months. Although not every theory came to fruition, there were still some amazing reveals during the MCU panel.

So in chronological order, see below our list of every important reveal and or update from Marvel Studios during the 2022 Disney D23 expo.

Ryan Coogler and the cast of Black Panther: Wakanda Forever took the stage to talk about the movie.

M’Baku actor, Winston Duke, let everyone know that we will see a changed Wakanda during the events of Wakanda Forever. He also noted that the technology in Wakanda has become “much better” since the events of Avengers: Endgame.

The cast of the Ironheart series also took to the stage to give us a few important updates to the project.

A new logo was provided by Marvel Studios, see below:

Director of Black Panther: Wakanda Forever, Ryan Coogler, announced that he will be exec-producing the series.

Anthony Ramos was confirmed for the series, he will be portraying the Marvel character ‘The Hood’.

3 Ant-Man and the Wasp: Quantumania

The cast of Ant-Man and the Wasp: Quantumania greeted the stage to talk a little bit about the film.

The movie will directly link to the recently announced Avengers: The Kang Dynasty. Jonathan Majors will be in Ant-Man and the Wasp: Quantumania as Kang, so expect some big things to happen.

The final update was that Randall Park will be reprising his role as Agent Jimmy Woo.

Michael Giacchino was announced to be directing, Giacchino recently composed the music for Spider-Man: No Way Home.

Don Cheadle will appear in both Secret Invasion and Armor Wars, Armor Wars being set after. Hinting that the two shows will tie into each other somehow. Watch the trailer for Secret Invasion below or click here instead.

There wasn’t much new offered about Loki season 2, besides a pretty geeky cast reveal.

Ke Huy Quan from Indiana Jones and the Goonies was announced as a new cast member for Loki Season 2. It was also confirmed that Quan will officially be playing a TVA agent during the series. Possible a villain to the protagonists of the show, but it is a guessing game at this point.

Matt Shakman was confirmed to be directing Fantastic Four, he is known by MCU fans already as the director from WandaVision.

Kevin Feige confirmed there was no other news about Fantastic Four, yet, to disclose to the D23 audience of 2022.

Vincent D’Onofrio joined the cast of the upcoming Echo Series to discuss more on Kingpin’s future in the MCU.

Just like the comics, he let us know to expect an eye-bandaged Kingpin during the events of Echo Season 1.

The cast also confirmed that filming for the series had wrapped not long before the D23 expo weekend.

Charlie Cox and Vincent D’Onofrio were cheered onto the stage near the end to talk about the next Daredevil series.

They confirmed that the series will begin filming in 2023 with an 18-episode schedule, the longest MCU series yet.

The fans at D23 were then treated to an exclusive clip of Daredevil and She-Hulk from the She-Hulk series.

The cast of Captain America: New World Order revealed a new logo for the sequel.

Tim Blake Nelson (The Incredible Hulk) was surprisingly announced to be reprising his role as ‘The Leader’. Nelson seemed excited to be rejoining the MCU, he will finally get to play out the teased villain from 2008.

The lineup for the Thunderbolts movie was confirmed, something a lot of fans were hoping to see during the expo.

Yelena, Red Guardian, Bucky, Ghost, Taskmaster, Val, and US Agent were all confirmed to be players in the Thunderbolts team. Yelena may possibly be the leader of the team, as she was featured directly in the middle of the lineup.

Brie Larson, Iman Vellani, Teyonah Parris, and director Nia DaCosta from ‘The Marvels’ were the final stage of the panel.

No new major updates from this but there was some footage, however, we will break that down in a separate post.

So there you have it, everything from Marvel Studios’ panel during the 2022 D23 Expo by Disney. Were you expecting more or do you think this was the perfect amount of information? Follow us on Twitter and let us know your thoughts!