First 15 Minutes For Across The Spider-Verse Shown At CinemaCon 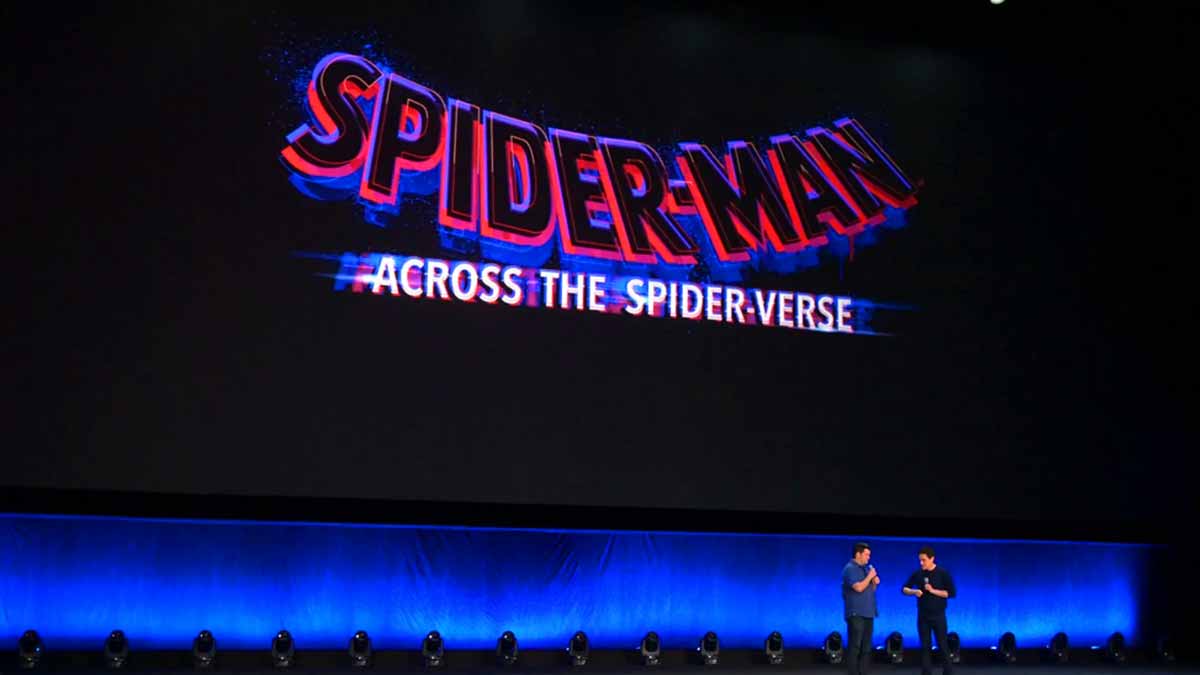 Description Of The First 15 Minutes

“Earth-65. The Gwen Stacy Spider-Woman sneaks through the window of her apartment building. Her father, Captain George Stacy, is washing dishes. ‘We caught a break in the Spider-Man case,’ he tells Gwen. A hostage situation at the Guggenheim museum interrupts. The Vulture! He speaks Italian in stylized subtitles, Da Vinci style. Gwen suits up and swings into action, quipping the Vulture is a ‘Renaissance man.’ Adrian Toomes has lethal claws, a 40-foot wingspan of razor blade sharp wings, and modern weaponry like drones. It’s Spider-Gwen versus Vulture in the museum. Vulture pins Gwen and is about to cut her to shreds: ‘This is THE dumbest way to die!’

Suddenly, a multiversal portal opens. A glowing red web shoots out. Out leaps Miguel O’Hara, the Spider-Man 2099 of Earth-298. Gwen asks if he’s ‘the Blue Panther.’ No, but he’s from another dimension. Gwen and Miguel double team attack Vulture. Miguel begrudgingly asks Lyla, his quirky virtual assistant, to send backup – he grumbles again, ‘Call for backup!’

Jessica Drew, another Spider-Woman, rides out of the portal on a super-spy motorcycle. She wears a two-toned suit of red and black. Gwen notices her big belly – Jessica proudly says she’s five months pregnant. Outside, Miguel wrestles with the Vulture up in the air. In shadow, he bares his fang-like teeth. They’re interrupted by a police helicopter. The Vulture knocks it out of the sky.

The helicopter falls, tumbling down towards a crowd of onlookers below. Gwen, Miguel, and Jessica race into action – Gwen does a dazzling, dizzying move as she leaps over the chopper, spinning a web to catch the helicopter. Miguel and Jessica help slow its descent with webs – together, the trio catch the copter in a web just before it crushes the people below.

In the wreckage, Gwen stumbles – exhausted. She tries to catch her breath when a shadowy figure sneaks behind her. It’s her father, gun drawn. ‘You are under arrest for the murder of Peter Parker!’

Trapped, Gwen unmasks to reveal the shamed face of Gwen Stacy. “I thought about telling you,” she says of her secret identity. About the late Peter Parker, “I didn’t know it was him!”

‘I’m not a murderer… I’m your daughter.’ Captain Stacy reads his daughter her rights. She’s under arrest. Miguel saves Gwen — again — with a futuristic device that temporarily traps Captain Stacy in a force field bubble. Seeing she’s upset, Jessica doesn’t want to leave Gwen behind as Miguel opens a portal. Miguel gives Gwen a temporal wrist device. She looks at it, considers going with them – before she can make a decision, we cut to BROOKLYN. Earth-610.

Miles Morales is Spidey-ing around and having a blast. But he’s late. His parents meet with his guidance counselor. Miles has been missing classes but wants to attend a top physics program at Columbia University. Their quantum research is the key to figuring out how to open doors to other dimensions.

Something triggers his spider-sense. Miles makes an excuse and rushes out. ‘Your son is lying to you,’ the guidance counselor tells Miles’ mom. ‘And I know you know it.’ “

When Will Spider-Man: Across The Spider-Verse Come To Theaters?

Spider-Man: Across The Spider-Verse swings to theaters on 2nd June 2023.