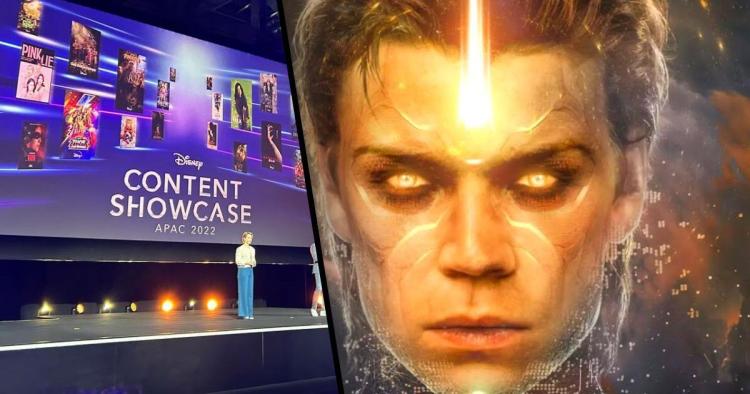 Marvel Studios‘ next installment of the Guardians franchise, ‘GUARDIANS OF THE GALAXY VOL. 3‘, has yet again revealed its trailer, and this time, at the Disney Content Showcase at APAC 2022.

The showcase also featured the trailer for ‘LOKI SEASON TWO’, which you can read about here, nevertheless, let’s dive into the details from the Guardians trailer.

Guardians of the Galaxy Vol. 3 Trailer

The trailer shown at Disney’s Showcase seems to be the same trailer revealed at SDCC, but the VFX is expected to be improved this time around, as it was confirmed that a lot of pre-vis scenes made it into the SDCC trailer.

Details from the trailer (via Geek Culture) are as follows; the Guardians are in their ship, about to deal with some menacing Ravagers. Star-Lord is then surprised by the somewhat younger Gamora, introduced in Endgame technically, the Gamora who has no history with Star-Lord.

Scenes show Star-Lord trying to rekindle his romance with Gamora, to only be shot down by the new Gamora, who reminds Peter that she is not the same person, telling Peter “That person, it wasn’t me,”.

Boom! Adam Warlock then makes an appearance, but only for a brief moment, which was the same amount of time we got to see him at Marvel Studios’ SDCC panel. He does appear, however, to look very comic-book-accurate, donning the golden gem in his forehead along with his golden skin.

Highlights from the film are then shown in the form of a compilation, revealing a younger Rocket, which hints towards a backstory scene[s] coming our way. The Guardians are also shown to be wearing Teletubby-like space suits while jumping off into space toward a planet.