The Red Hulk is coming, and Harrison is taking the helm. 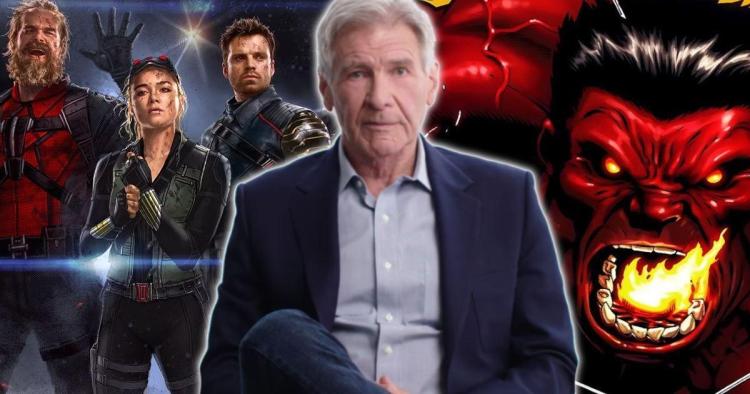 Despite the late passing of actor William Hurt, Marvel Studios plan on keeping his legacy alive by casting Harrison Ford to take on the mantle of ‘Thunderbolt Ross’ aka Red Hulk in the MCU. Harrison Ford is jumping from the Star Wars universe to the Marvel Cinematic Universe, plus returning as Indiana Jones which makes him a very busy man.

He is currently set to appear in ‘Captain America: New World Order’ and the ‘Thunderbolts‘ projects, with plenty of fan speculation that we will finally get to see a live-action Red Hulk. This is hopefully what the plan is, as it would be a waste of the character if that wasn’t where this was all heading toward.

However, why is Harrison joining the MCU on top of all of his other work and past accomplishments in universes such as Star Wars? Luckily for those of us asking this question, The Playlist got a chance to speak to the actor on their official podcast and ask him about his thoughts in regards to joining another huge franchise.

“Hey, look, I’ve done a lot of things. I now want to do some of the things I haven’t done”

Harrison Ford via The Playlist

So there you have it, he just wants to try something new and do something he hasn’t done before, which is probably the most Harrison Ford-like answer you could ever get. What are your thoughts on Ford joining as Ross in the Marvel Cinematic Universe, follow us know on Twitter @CoveredGeekly and let us know.

The fourth film-instalment of the Captain America in the MCU ‘Captain America: New World Order’ is currently set to debut on the 3rd of May in 2024.

Thunderbolts is also set for a 2024 release, with plans for the 26th of July being the official debut, two months after the Sam Wilson Captain America movie comes out.