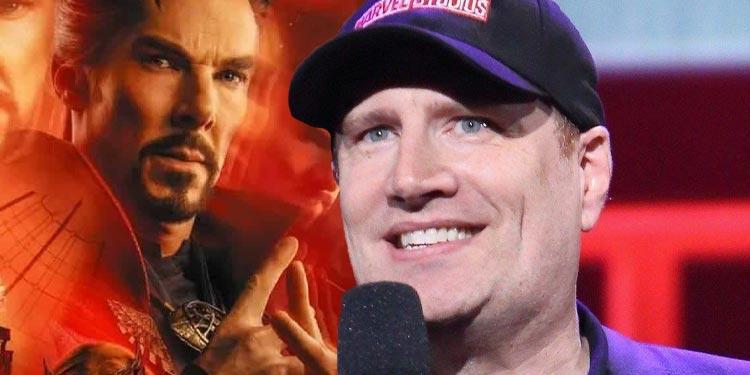 Doctor Strange In The Multiverse Of Madness is finally available to watch in theaters, and it has received mixed reviews. After receiving a B+, it is one of the worst-rated MCU(Marvel Cinematic Universe) movies ever on Cinemascore. However, this sequel had a lot of attributes to it which made it one of the best MCU movies to date.

The character arcs of Doctor Strange and Wanda Maximoff were handled well, the visuals were stunning and Marvel acknowledged that their movies aren’t only meant for the general audience, but also for the Comic Book fans, and gave Doctor Strange his comic-accurate look. But did you know that it was Kevin Feige, the president of Marvel Studios who was responsible for this change?

In the press release for Doctor Strange in the Multiverse of Madness, Costume designer Graham Churchyard explained how Kevin Feige had specific requests for what he wanted to see in terms of changes to Benedict Cumberbatch’s costume in the sequel.

Why The Cloak’s Design Remained Unchanged

Doctor Strange In The Multiverse Of Madness is currently available to watch exclusively in theaters. Streaming dates have not yet been announced.