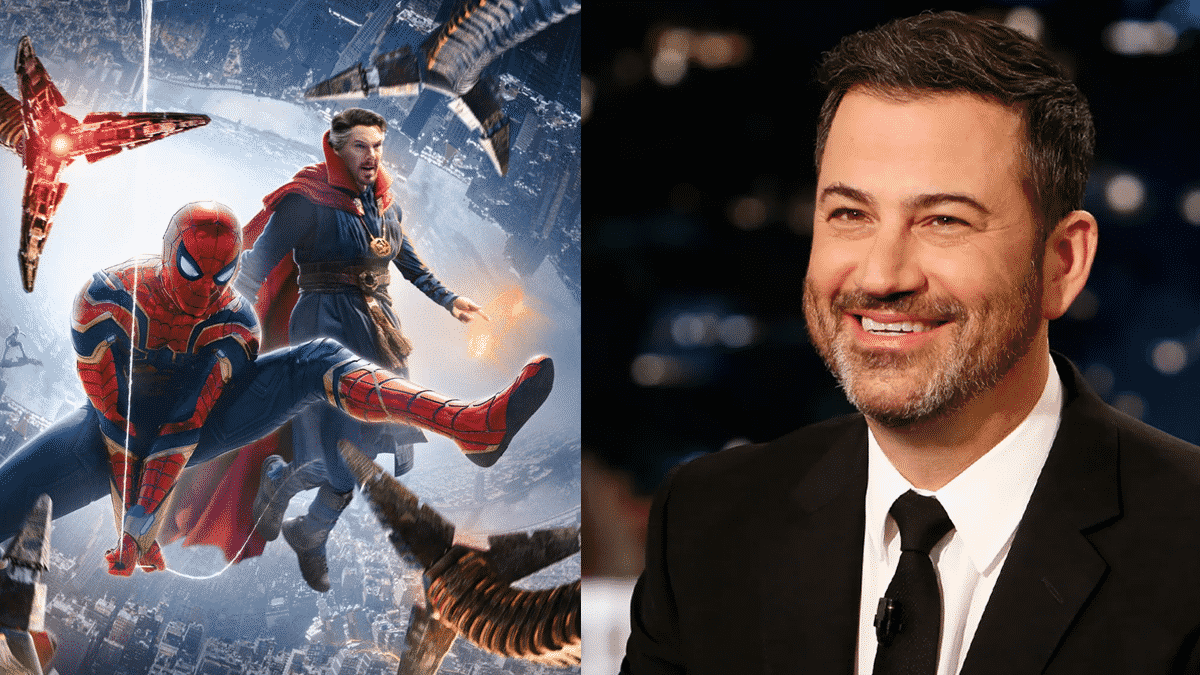 The late-night host, Jimmy Kimmel used the Feb. 8 episode of “Jimmy Kimmel Live!” to call out Academy voters for snubbing “Spider-Man: No Way Home,” which earned rave reviews and has become the 6th highest-grossing film ever made with nearly $750 million in the U.S. and $1.7 million worldwide.

“How did [‘Spider-Man: No Way Home’] not get one of the 10 nominations for best picture?” Kimmel asked viewers. “Forget the fact that the movie made $750 million [in the U.S.] and is still going. This was a great movie. It wasn’t in the top 10 best movies of the year? There were three Spider-Men in it. You’re telling me ‘Don’t Look Up’ was better than ‘Spider-Man?’ It most certainly was not.”

“People Loved It,But They Didn’t Vote For It”

“Even if you go by the critics reviews on Rotten Tomatoes, ‘Don’t Look Up’ got a 46% and ‘Spider-Man: No Way Home’ has 90%. For god’s sake, ‘Jackass Forever’ has an 89%,” Kimmel added. “Why do best picture nominees have to be serious? When did that become a prerequisite for getting nominated for an Academy Award? You wanna know what happened? Voters looked at the list and saw the names Leonardo DiCaprio and Meryl Streep and they checked the box and then they put their kids in the car and went to see the movie ‘Spider-Man.’ And they loved it! But they didn’t vote for it.”

Spider-Man: No Way Home only managed to earn one Oscar nomination this year, in the visual effects category.It will compete alongside Dune, Free Guy, No Time To Die, and Shang Chi And The Legend Of The Ten Rings.

Winners for the 2022 Oscars will be announced on 27th March.