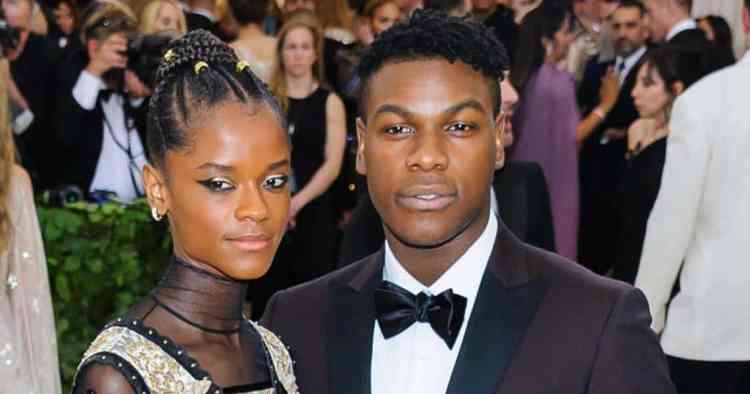 The pressure of being stars in the world’s largest cinematic franchises must be both daunting and an extremely unique experience to go through. Letitia Wright and John Boyega kindly sat down with Variety quite recently to discuss their personal journeys towards stardom, plus to open up about their Marvel Cinematic Universe and Star Wars experience.

Letitia Wright is known for playing Shuri, sister to Black Panther and now the current Black Panther, in the MCU. John Boyega is known as the rogue Storm Trooper nicknamed ‘Finn’ from the Star Wars saga franchise. Although both actors have an impressive list of performances under their belt, their MCU and Star Wars experience was the prominent talking point of their conversation with Variety.

Letitia Wright on playing Shuri in the MCU

At the beginning of the conversation, Boyega took the opportunity to ask Wright for her thoughts and feelings towards her latest project ‘Black Panther: Wakanda Forever’, which was arguably one of the most anticipated MCU movies since Avengers: Endgame.

“Wakanda Forever,” your latest project to come out: How do you feel? It’s a big movie, it’s a massive experience.

Which provoked quite an insightful response from Wright, with her comparing her experience during the filming of ‘Avengers’ vs how she feels now.

Being in the first movie, doing the “Avengers” films, it’s trained me to think about it just in terms of the craft, and not to overthink it. Has it affected people? Did I do the best I could? And did I tell the truth?

Boyega also brought up the topic of Chadwick Boseman’s passing and asked Wright how much that affected her during the process of filming.

We walked into the movie not knowing what they were going to do after Chadwick’s passing. How did you deal with that through the filming process?

Wright replies with her feelings on how much she wanted Chadwick Boseman to be there with her, on set, but how she felt she had to honor him by continuing his legacy.

I’m missing my brother; I want him to be here. But at the same time, I have to honor him with my character and my talent, and I have to do something that can make women around the world proud.

…I can remember it like it was yesterday. If I could just go back and just rewind that day and just erase it … Just being on set with my brother, I would give anything in the world just to have that.

When asked by Wright about his experience of juggling all the craziness of being in these huge box office franchises, Boyega got talking about his experience from Star Wars. Specifically about the production side of things, as Wright mentioned the fact about Boyega’s producer-creds.

There was a tent in the distance, and all the producers would go into the tent. And they were discussing what color the lightsaber should be! I was really inspired by it.

Boyega then continued to talk about his early experience, as an actor, heading into one of the most iconic movie franchises of all time.

It was a process. Even getting the role — a good nine-month audition process. Especially with Disney, in terms of them finding the right person: third callback, fourth callback, fifth callback.

I’m going back home to the flat, and I’m stressing during this nine months, because I’m like, “Is my life going to change or not?”

The role doesn’t only represent a great opportunity as an artist, but it represents a potential change in your life.

Boyega also got to ask Letitia Wright some questions about the post-credit scene from ‘Black Panther: Wakanda Forever’, the secrecy behind it, and how Wright felt about being a part of being part “of a monumental moment”.

That post-credit scene for me is another extension of the ways in which we wanted to honor Chadwick — especially the role of T’Challa.

Wright also spoke about how the original script, the one that was written in mind of Chadwick Boseman’s involvement, the story was going to see a more “father and son” narrative.

In the movie that Chadwick was written into before he passed, there is a journey of a father and son. When reading it, I could sense we had to find a way to continue the legacy of what T’Challa means to the world, especially to young Black men.

Boyega and Wright even went as far as to discuss the casting process for T’Challa’s son in the MCU, with Wright mentioning that it didn’t take long at all to find the right person for the role.

Two. Then Divine came in. His name is Divine. He had a little Chadwick Mohawk. Me and Lupita Nyong’o kept looking at each other like, “This is the kid.” That scene is beautiful because it represents what the future will be.