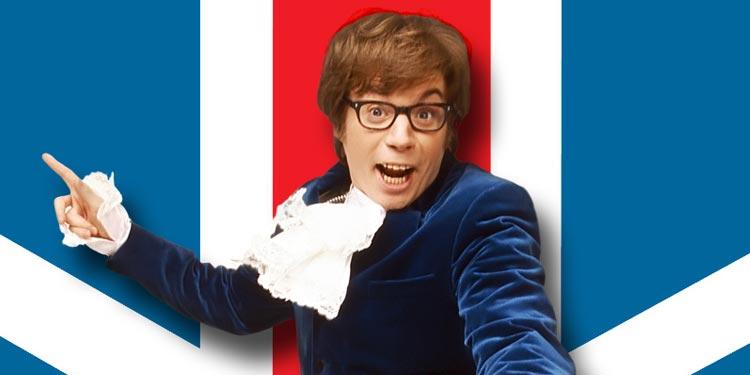 Will there be an Austin Powers 4 anytime soon?!

Well, Mike Myers is at it again, after taking some time away from the screen to focus on his family life. Myers is officially back at doing what he does best, making us all laugh hysterically. He is currently promoting his new Netflix project ‘The Pentaverate’ which is now streaming on Netflix as we speak.

Austin Power fans around the world have craved a new installment to the series for years now. While doing an interview with ComicBook.com, Myers briefly talked about a possible Austin Powers 4. Myers was asked about the chances of it happening and he responded quite coyly.

In the interview, Myers responded to the question with “I can neither confirm nor deny the existence or non-existence of such a program should it exist or not exist.”

Myers also stated that he “would love to” make a fourth Austin Powers movie, but the clues are evident. Mike Myers has offered updates across the years but has been most active in the past 12 months when asked about it. He even went as far as to say last year that something is definitely in the works.

Not to mention the countless Austin Power’s Dr. Evil sketches that were filmed for 2022’s SuperBowl commercials. If you’re a fan of Austin Powers then you probably know what I’m talking about. Multiple cast members from the original trilogy reprised their roles to shoot some new “scenes” which is very promising.

Considering that Mike Myers is currently working alongside Netflix, it wouldn’t surprise me if Netflix themselves will helm the project. Although that is just me speculating, no official reports as of yet have been released.