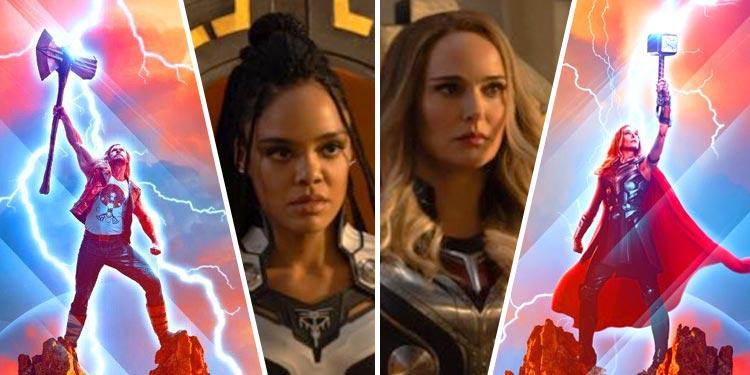 Thor 4: Love and Thunder is now the most anticipated MCU project to come next as Doctor Strange 2 is here. Chris Hemsworth returns as Marvel’s Thor for the fourth time, however, he has actually appeared seven times so far overall. So this will be his eighth time truly, which definitely puts Hemsworth up there with the greats.

The hype is real right now with a major interest in seeing Natalie Portman embody the Mighty Thor character. Now Marvel Studios has released another new still of Portman as the Mighty Thor during a scene from the movie. You can see the new still below.

It looks like Tessa Thompson’s Valkyrie and Natalie Portman’s Mighty Thor will be teaming up, in Asgard too by the looks of it.