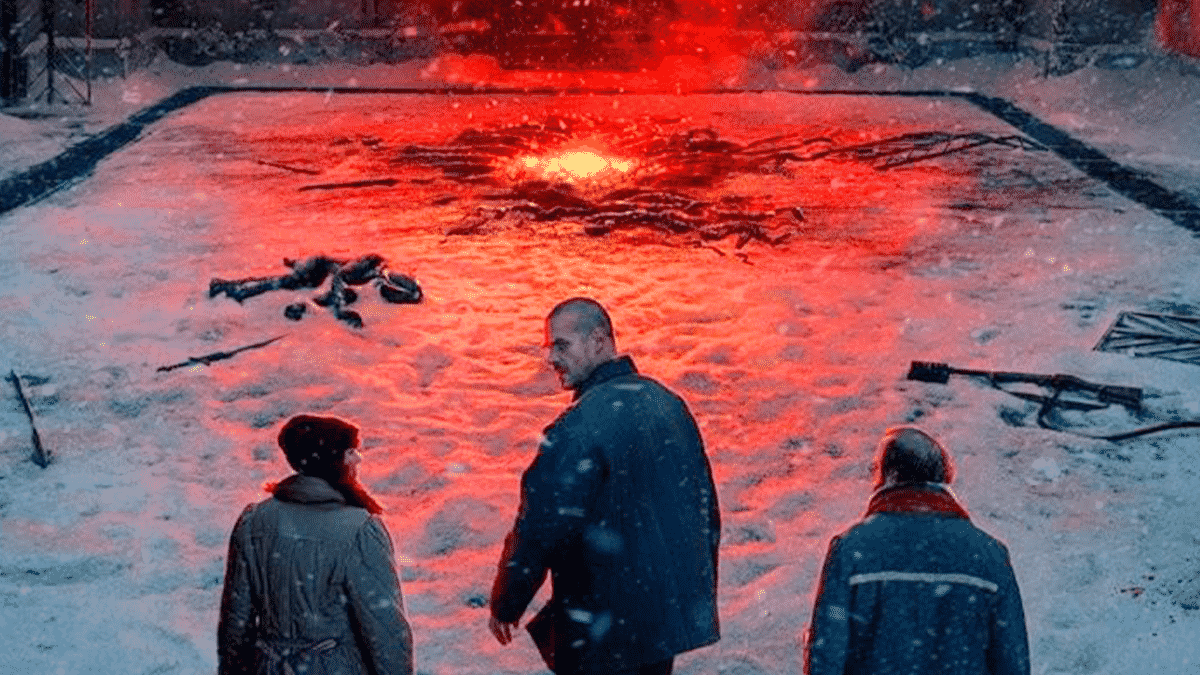 2022 is another year for us geeks (yay!) and Stranger Things is no exception with the first poster for Season 4 being released. Stranger Things Season 3 left us with the main group being separated while grieving the demise of Jim Hopper, played by David Harbour.

However, Jim Hopper was revealed to be alive in the finale of Stranger Things Season 3 and we have been wanting more ever since! Don’t forget that the whole array of characters in the show were none the wiser about Jim’s true fate. Although, Netflix have already given us our first glimpse at Jim Hopper reuniting with Joyce Byers (Winona Ryder) and Murray Bauman (Brett Gelman) in the first official poster.

You can see in the poster that the grown ups in Stranger Things seem to be wondering around what I can only assume to be somewhere in Russia. Jim Hopper’s last known location was inside some sort of a Russian prison. So this may be teasing his escape with help from his fellow comrades.

We will surely find out when Season 4 comes to Netflix, I know I will be binge watching it in about two days!

When Does Stranger Things Season 4 Come To Netflix?

Netflix haven’t released a definitive release date for Stranger Things Season 4, as of yet. What the poster does tell us though is they have begun their marketing campaign for the show, so expect a release date very soon!

What we do know is that Stranger Things is most likely to debut mid-2022, we’ll definitely be finding out soon.