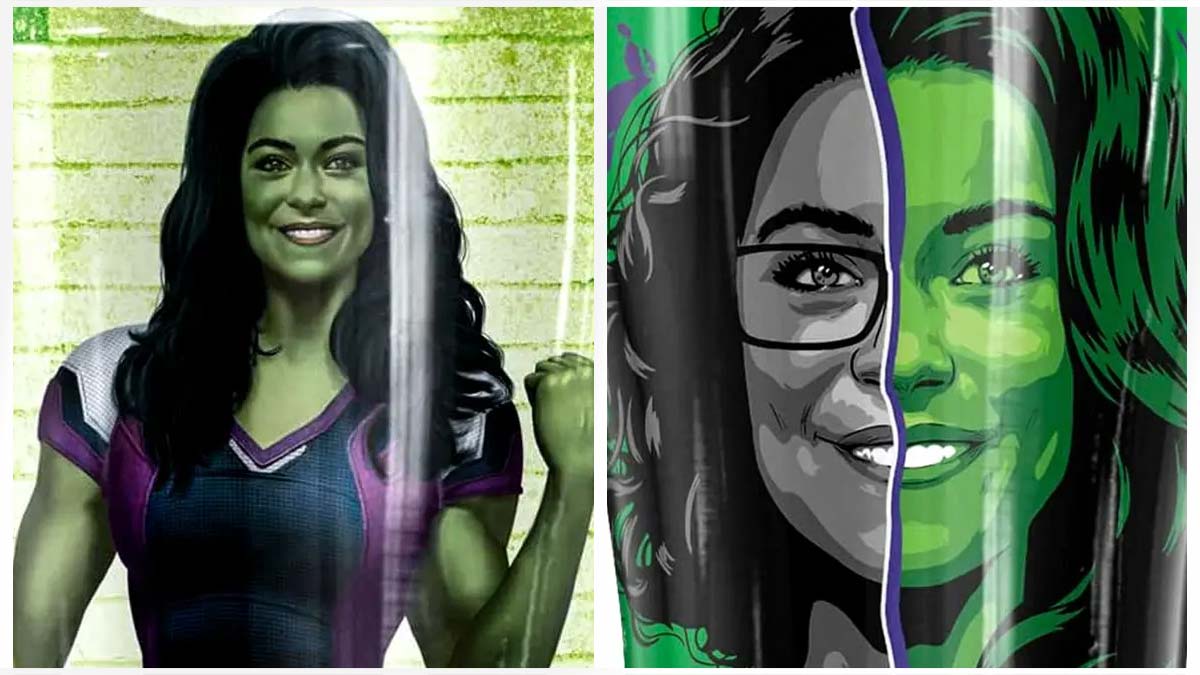 The Marvel Studios series, She-Hulk, coming to Disney+ this year has had little promotion so far. With snippets of footage revealed on Disney+ plus title card teases, fans eagerly await to find out more. Plenty of rumors, reports, and alledged leaks have thrown around various ideas on what’s to come. However, not much news has been confirmed as of yet.

She-Hulk (Tatiana Maslany), also known as Jennifer Walters, is set to debut in mid-2022. Walters is another crime-fighting lawyer in the Marvel universe, similar to Matt Murdock. Plenty of connections between the live-action She-Hulk and Daredevil have been made over the past year, including reports of Daredevil being a part of the show.

Jennifer Walters donning her iconic colors in the suit teased during the Disney+ day panel.

This artwork is really our first look at Tatiana Maslany in fully greened out, as we only got to see small glimpses during the footage last year.

She-Hulk with her iconic scales of justice in the above artwork gives a throwback to various comic covers and references.

Perhaps we will get to see Walters, fully hulked out, doing lawyer work in the courtroom? It is most likely as She-Hulk struggled to turn back into her human form, during the majority of her comic debut.

When Is She-Hulk Coming To Disney Plus?

She-Hulk will be coming to Disney+ in mid-2022, no official release date as of yet though. However, the artwork does show that Disney will begin marketing the She-Hulk Series soon.