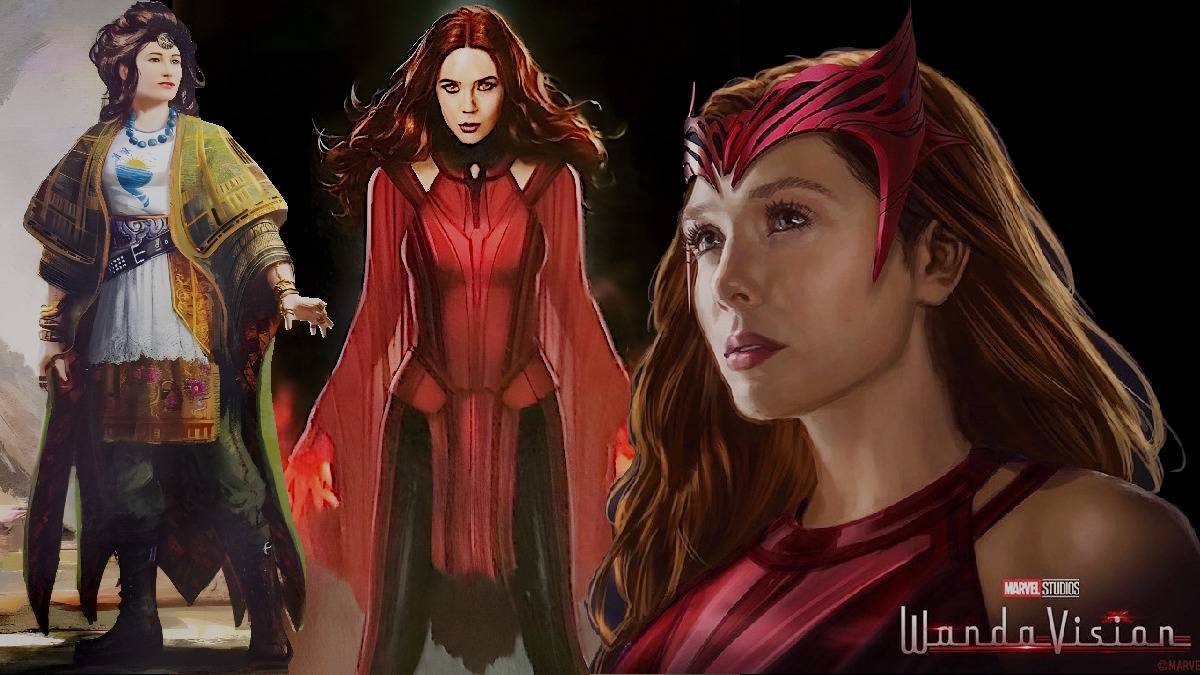 WandaVision was Marvel Studios’ first venture into the lore of the Darkhold, which will play a key role in Doctor Strange In The Multiverse Of Madness, and it exceeded everyone’s expectations with Wanda finally gaining the title of the Scarlet Witch, and a new outfit which was very comic-accurate.

Today, we continue on the topic of outfits as we’ve received new concept art for Wanda Maximoff and Agatha Harkness, which were never used in the final version of the series. The concept art was revealed in ‘The Art Of WandaVision‘ artbook.

This image shows various different iterations of Wanda’s crown. However, none of these were used in the product we received.

In these designs, they’ve tried to make her suit more comic-accurate while still honoring her earlier suits. Some of these designs feature the crown, while some don’t, which means that they didn’t always consider adding in her crown. A hood was also considered at one point, which made its way into the final design.

WandaVision is currently streaming on Disney+.