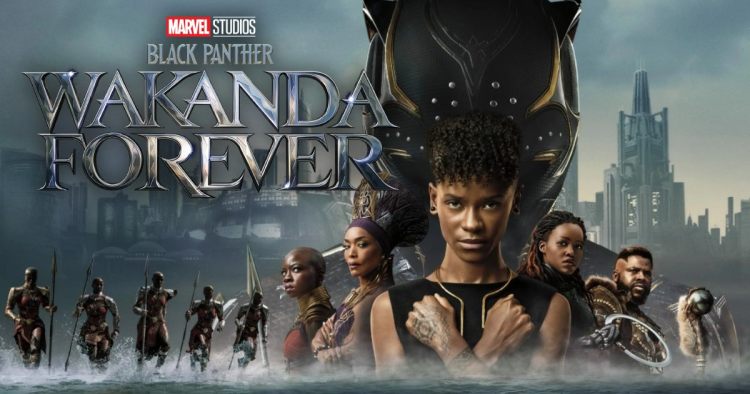 Black Panther: Wakanda Forever is headed to Disney+ on February 1, and a documentary special on the making of this movie premieres on February 8th. While we’re waiting for more footage from the movie to drop, more information on the movie’s development process has surfaced.

Disney and Ryan Coogler’s Proximity Media, in collaboration with Marvel Studios and Marvel Entertainment, have released a new episode of Wakanda Forever: The Official Black Panther Podcast. The last episode of the series was released in November, right around the movie’s release. You can read a description of the episode below:

The story of Black Panther: Wakanda Forever emerged out of the very real death of Chadwick Boseman, the actor who played T’Challa. But there was an earlier version of the script, a different story written when no one involved in the movie knew that Chadwick was gravely ill.

Ta-Nehisi Coates is joined by director and co-writer Ryan Cooler and co-writer Joe Robert Cole to discuss the original screenplay, the changes they needed to make, what makes a Black Panther film, and their special collaboration on both movies. Ta-Nehisi also talks to producers Kevin Feige, President of Marvel Studios, and Nate Moore, Executive of Production and Development, to learn about the 22-year journey to bring Black Panther to the screen and what excites them about Namor, comic book storytelling, and making movies.

You can listen to the podcast here: