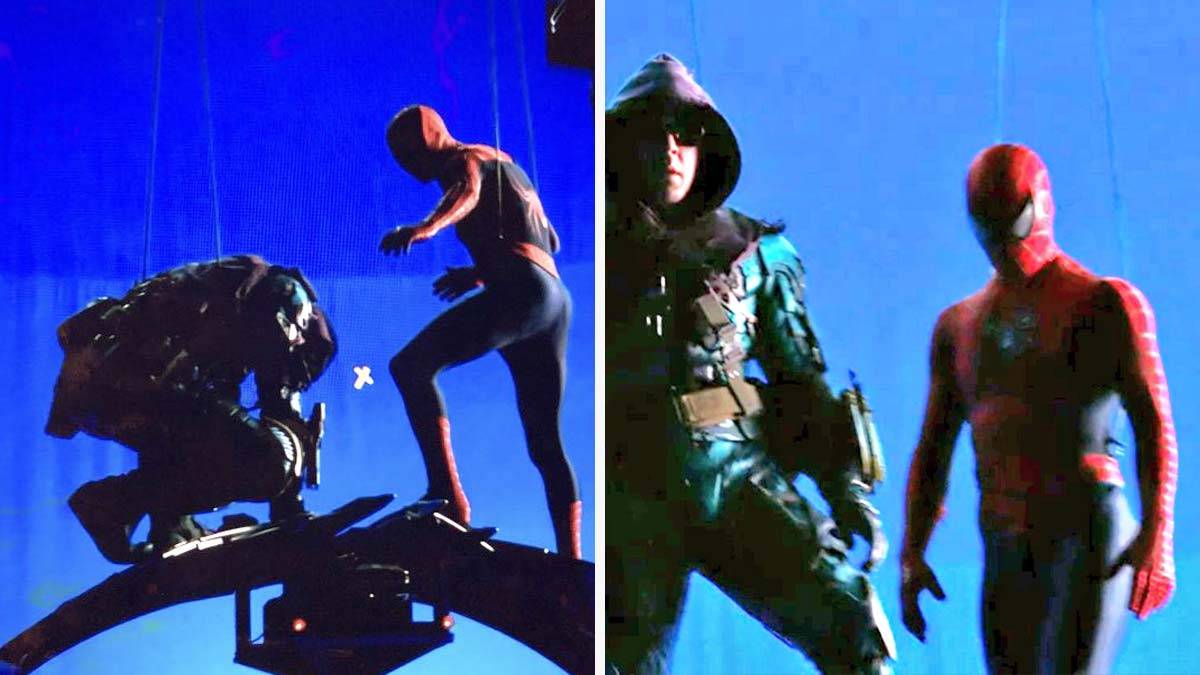 New behind-the-scenes footage of Spider-Man: No Way Home releases early, online, revealing unused sequences in the final cut. With fans eager to see more, even after viewing the original cut multiple times. The possibility of an extended cut becomes more apparent. One unused moment, in particular, has caught our attention, a fight scene between Tobey Maguire and Willem Dafoe.

Tobey Maguire’s Spider-Man and Willem Dafoe’s Green Goblin are some of the most iconic hero-villain duos in cinema history. With prominence in multiple generations of Spider-Man fans, the lack of interaction between the two in No Way Home was surprising. However, with BTS stills and clips for No Way Home surfacing online, it seems we may have gotten to see more.

Seemingly, the studio planned to have more interaction between Maguire and Dafoe. With Tobey Maguire’s Spider-Man physically fighting Willem Dafoe’s Green Goblin on his own glider, which looks amazing. Nevertheless, this is just a behind-the-scenes look at No Way Home, no confirmation of this being a deleted scene.

However, Sony and the MCU likely intended for this moment to make the final cut. So there won’t be too much surprise if it makes its way into the deleted scenes of the digital release.