Patrick Stewart Teases Professor X Will Return To The MCU 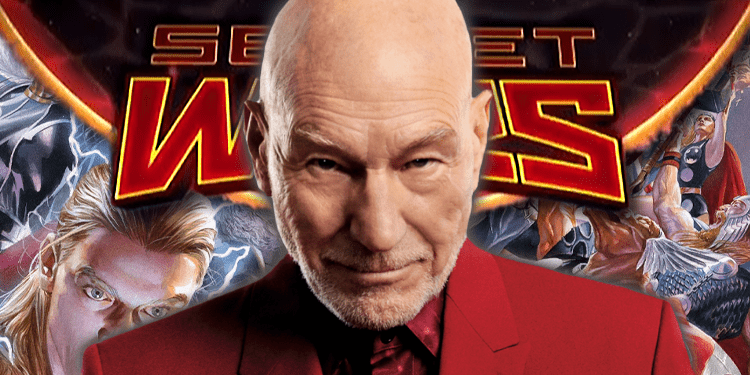 Patrick Stewart, as you should all know by now, is officially back as Professor X for the Marvel Cinematic Universe. Marking the beginning of the re-introduction for legacy Fox-Marvel actors to come back and do their stuff. Some assume this may just have been Stewart doing this for a fun cameo, and nothing more. Although, now that he can talk about it… he doesn’t seem too sure.

It has been over 20 years since Patrick Stewart first appeared on screen as the leader of the X-Men, Professor X. Which makes Patrick Stewart the now longest-running actor to portray a Marvel Comics character in live-action. My first thought could have been that he just wanted to earn that title, but could this be a setup for something bigger? Maybe a… secret war perhaps?

Patrick Stewart Teases His Future In The MCU

In a recent talk with Variety, Stewart opened up slightly or maybe even just teased us that he will indeed be returning.

While confirming that his Star Trek days will be over after his solo series finishes its third season. He wasn’t too definite when it came to his iconic X-Men character Professor X.

“Charles Xavier? Yeah. There may be. You know, the whole X-Men comic series is so huge, so vast, there might be an opportunity in which he comes back. We’ll see.”

He also shared his joy and delight in how much the fans took to his return to the Marvel universe. Which I’m sure is always terrifying as far as pleasing the fans go anyway, definitely a daunting world to work in.

Stewart even took to reading some Marvel comics to really ensure that he knew what was required of him:

“Well, it needed me to do quite a bit of reading and looking at comic books and things. I’ve never been that comic book person. And even when I was a kid, I used to read books instead of comics. I was unfamiliar, and in fact, a lot of what I saw on Monday night, I had to work hard to connect these things together. Because you could hear the audience knew exactly what the actors’ characters were referring to. You remember the laughter when an actor would just mutter some line, and the audience would laugh, because they knew what the context was and they knew what the history of that expression was. And I found that delightful, when an audience become part of the film experience.”

When it comes to the ‘Secret Wars’ Marvel comic, it is safe to say that the MCU is heading in that direction.

If you aren’t too clued up on the Secret Wars story, then subscribe to our YouTube channel here. We will be dropping a whole video breaking and explaining exactly what went down in those comics very soon.

The ‘Secret Wars’ storyline is a comic where two universes collide with each other, which was heavily teased in Multiverse of Madness. The MCU is definitely building towards it with shows like Loki and movies like Doctor Strange 2.

This will be the next big Avengers-level ending to a three-part phase, similar to Avengers: Endgame. So stay tuned to our future posts so you can stay clued up as much as possible. Check out our social links below to keep up to date, thanks for reading, see ya at the next one!