Ragnarok Season 3 Trailer Release Date – What We Know So Far

Netflix's 'Ragnarok' nails the Norse mythology genre, but where is Season 3? 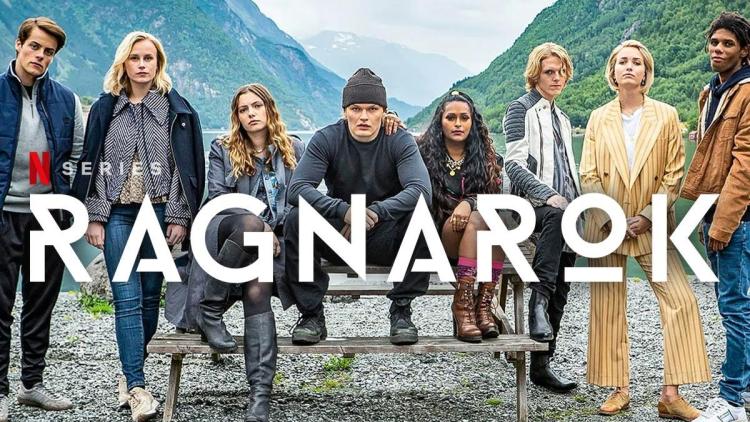 If you are a fan of Netflix’s Ragnarok series or even just a fan of Norse mythology in general, then you will be happy to know that Season 3 has been confirmed. In fact, the team behind the show have been filming since April 2022, however, there hasn’t been a lot of official news from Netflix about the current status of the show.

Season 2 of Ragnarok saw David Stakston’s Magne go through many trials that led to him gaining the full power of Thor and finally obtaining his iconic weapon Mjölnir. The tension in the second series between Magne and Jonas Strand Gravli’s Laurits perfectly set the tone for Season 3, with Laurits releasing Jörmungandr the world serpent; the snake that kills Thor in Norse mythology.

For those of you who are familiar with Jörmungandr the serpent, you will know that this snake plays a very large role during the events of the Ragnarök story. The serpent is also a child of Laurits (aka Loki), one out of three of his offspring, with the serpent being the largest in size once fully grown.

When Will Season 3 Be Released?

Sadly, the third Season hasn’t set an official release date yet, despite the fact that 2022 is almost coming to a close, which is surprising since speculation of a December 2022 release was high earlier this year. Now that we are mere days away from January, it’s safe to say that we should expect the show to return sometime in early 2023.

The trailer for Ragnarok Season 3 has yet to be released by Netflix, but seeing that it has been quite some time since they started filming, we should expect one to drop fairly soon. Netflix may be focusing their marketing campaigns on current projects such as Guillermo Del Toro’s Pinocchio, The Recruit, and Glass Onion: A Knives Out Mystery.

Who Will Be Joining The Cast?

Just like the lack of news on a trailer or an official release date, any casting information has also been kept very tightly sealed from public knowledge. One thing for certain is that we should expect to see every character who was still alive by the end of Season 2 return for the final venture.

Season 2 taught us that more Norse Gods are around, and more could be making their debut during the events of the final season. There has even been speculation that some of the main cast from the show is already playing Gods that just haven’t revealed their true identities.

Plot – What We Know So Far

We don’t know much, that’s for sure, but with Laurits releasing his snake onto the world, the snake that literally killed Thor in the mythology; well we could be in for some fight.

Jörmungandr the serpent grows big enough to wrap itself around the world in the old mythology, and Laurits asks Jörmungandr to “grow yourself big” which basically confirms the direction they are headed. Thor will inevitably have to fight the world serpent if the events of Ragnarok are anything to go by, but maybe the twist will be that he survives this time around.

Will Ragnarok Season 4 Be Happening?

Netflix has confirmed that Season 3 will be the final Season of the show, but not due to cancellation, it seems the story will truly be coming to a close; bringing closure to the fans.