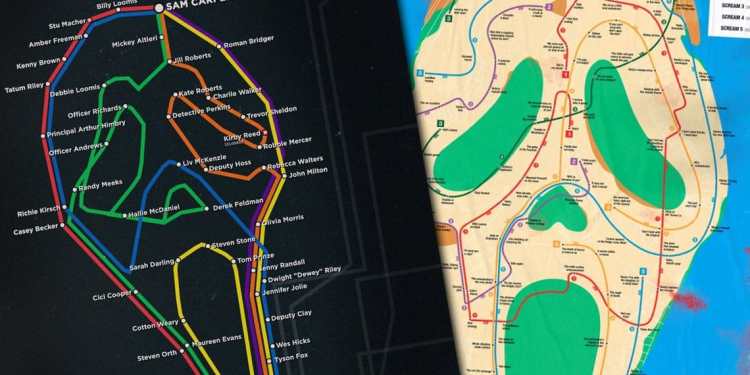 The latest poster for Paramount Pictures’ Scream 6 shows off the Ghostface mask using a New York Subway map, which excels pure creativity when looking at it. Cleverly, the poster uses character names instead of subway stops, while using six subway tracks to reference characters from every Scream movie.

While writing our breakdown for the latest poster, we spotted users online stating that the concept behind the official poster had “stole” the idea from Gil Marcel, who created something “similar” weeks prior. However, Gil himself has spoken out to say that he doesn’t fully agree with what fans of his artwork are alleging.

Geekbarba | Jonny Sales on Instagram was one to point out the two posters being similar, which Gil Marcel himself shared in his own Instagram story.

You can see the new poster released by the studio here.

Despite the two concepts being similar, that doesn’t imply anything malicious has gone on, it is extremely common for coincidences like this to happen in the creative industry. Some users online speculated that due to the premise of Scream 6 being primarily set in New York with confirmed scenes of Ghostface on a subway, it may have been a common thought in the creative world to create a poster concept like this one.

You can read our interview with Gil Marcel right here, where he clears the air on how he feels about the whole situation, while also confirming that he does not accuse Paramount Pictures of plagiarism by any means.