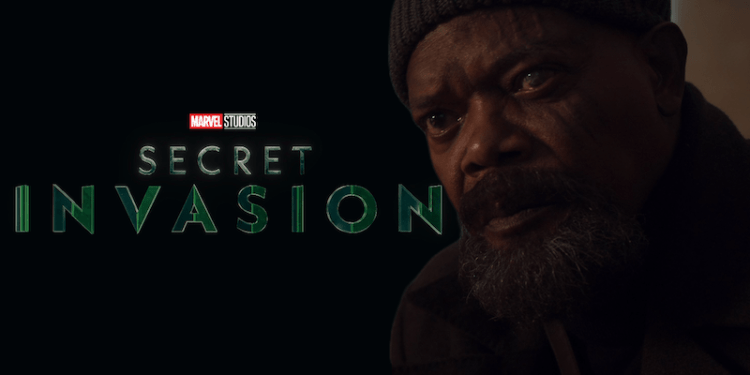 Marvel Studios is notorious for releasing misleading trailers to avoid spoilerey-theories, and they have followed the same modus operandi for upcoming series Secret Invasion at their D23 presentation; and it has left fans wondering how this series will play out. However, stills from official media kits and Marvel’s website have revealed episode numbers in their file names, which we have arranged below.

This scene featuring Nick Fury and Maria Hill inside a room, having the conversation heard in the trailer, is from the first episode of this series.

Don Cheadle returns as Rhodey in the second episode as he talks about his security detail. (Full transcription for this scene here)

Interestingly enough, Talos doesn’t say these words in the actual scene, nor is he talking to Fury in this shot. Looking at the head of the person talking to him, it is pretty obvious that Talos is actually talking to Gravik, portrayed by Kingsley Ben-Adir.

This still from the sixth episode features Fury, or at least someone who LOOKS like him. It could very well be a skrull in disguise, given the narrative.