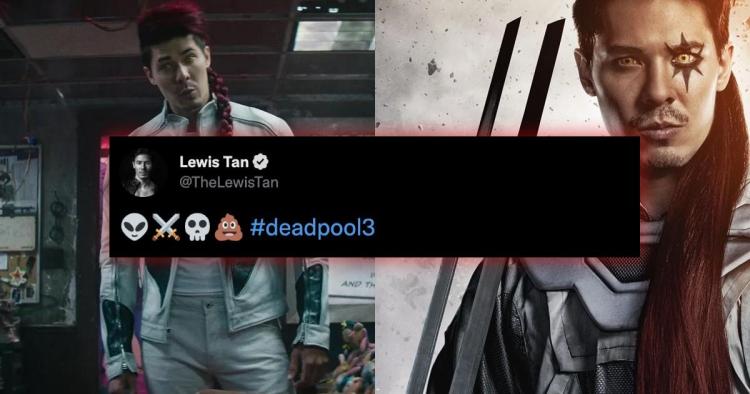 Despite the fact that there has been a considerable amount of time since the latest announcement of Deadpool 3, it is still very much at the top of the minds of MCU fans. However, no new official announcements have been made, there has been plenty of speculation online as reports flood in.

Now, the latest Deadpool 3 news comes from actor Lewis Tan, who played ‘Shatterstar’ for a brief moment in Deadpool’s second installment. Brief due to the fact that his character ‘Shatterstar’ made quite the quick exit during Deadpool 2, flying into the rotor blades of a Helicopter.

Is Shatterstar Returning For Deadpool Sequel?

In Lewis Tan’s cryptic tweet, he uses a collection of emojis with the hashtag ‘Deadpool 3‘, hinting that his involvement with the franchise may continue. How he would return, however, would probably need quite a remarkable explanation due to the fact he was killed off.

The first theory seen online was that Lewis Tan could potentially be returning to play a twin sibling of Shatterstar, but that is just pure speculation at this point. Another few theories spotted online were that he could potentially return in the form of a flashback, time travel scene, or even as a variant in a different universe.

When Does Deadpool 3 Come Out?

You can follow us on Twitter @CoveredGeekly to stay updated on all Deadpool 3 updates plus the best pop culture news.