It's Christmas, so to celebrate, let's rank the Grinch movies! 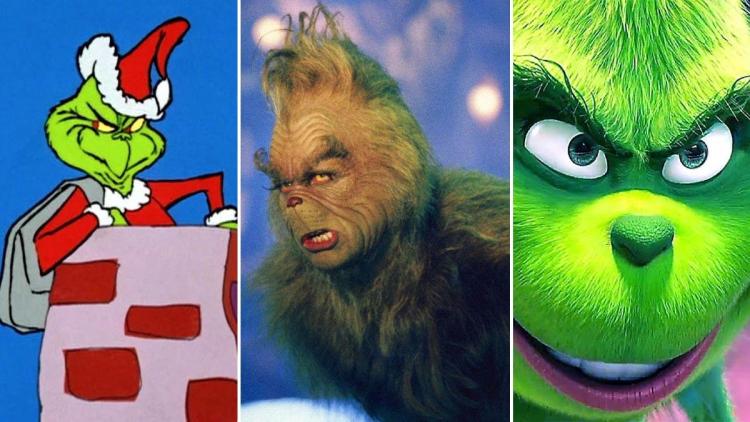 It’s that time of year again and everyone wants to talk about their favorite, mean, green, reclusive monster named The Grinch. For those unaware, and who isn’t, the Grinch is a child’s fable by the legendary Dr. Seuss and wove the tale of a green grump who despised Christmas, while his “Who” counterparts lived in the blissful town of “Who-Ville” preparing every year for the gleeful holidays.

The green meany concocts a plan to disguise himself as Santa Claus and steal Christmas from the Whos  and he, technically, succeeds, until he figures out that the Whos don’t need material things to have a happy holiday. This resonates within the green entity and his heart grows to become more compassionate and loving towards other people.

There have been quite a few movies on the subject of the Grinch. I haven’t seen the ridiculous horror film that was inspired by the character, so don’t expect to see that weird entry on this list. I wouldn’t include that in the list anyway, as it would insult the legacy of Dr. Seuss. I’m pretty certain that isn’t what the author had in mind for the character.

Without further ado, here is the definitive ranking of the Grinch movies.

This 2018 film was helmed by Illumination Studios, the same guys that gave us those annoying Minion movies. This iteration saw the Grinch with a différent backstory than the 2000 Jim Carrey film. Apparently, the Grinch grew up in an orphanage and became upset at the fact that he was isolated and furthered his isolation by banishing himself north of Who-Ville.

The film seems to add unnecessary details and pads most of its plot threads with a dull subplot and a Grinch that seems a little too nice, at times. This isn’t any disrespect to Benedict Cumberbatch’s turn as the thieving kleptomaniac. He did his best with what he was given but it just didn’t add anything new or cover any ground.

How The Grinch Stole Christmas (1996)

This old holiday classic never gets old. Narrated by Boris Karloff, it covers Seuss’ story without adding any unnecessary weight. The special is able to streamline the story for young viewers and add a few catchy songs that have been stuck rent-free in our heads.

The special can be enjoyed almost any time, even if it isn’t Christmas. It has a beautiful ubiquity that seems to never die in its beauty or artful direction.

How The Grinch Stole Christmas (2000)

Despite Karloff’s efforts in 1966, Jim Carrey’s film reigns supreme in more ways than one. The film gives the antagonist a true motivation to hate Christmas that never seems forced or shoe-horned in and adds to the development of the character. This iteration sees the Grinch get made fun of at his school and segregate himself on Mount Crumpit. His boiling vengeance and hatred becomes the stepping-point for his plot to destroy Christmas.

Carrey’s performance is one of legends and it’s just a surprise that he wasn’t nominated for an Oscar for his unparalleled work. This film remains a true classic.

Richard has been a writer for Sportskeeda, Movieweb, Fansided, Your News Media, The Total Plug, The DMV Daily, No Film School and Film Threat. He has also been a videographer and editor for The Daily Caller and One America News. He has big dreams of achieving success as an Oscar-winning filmmaker.