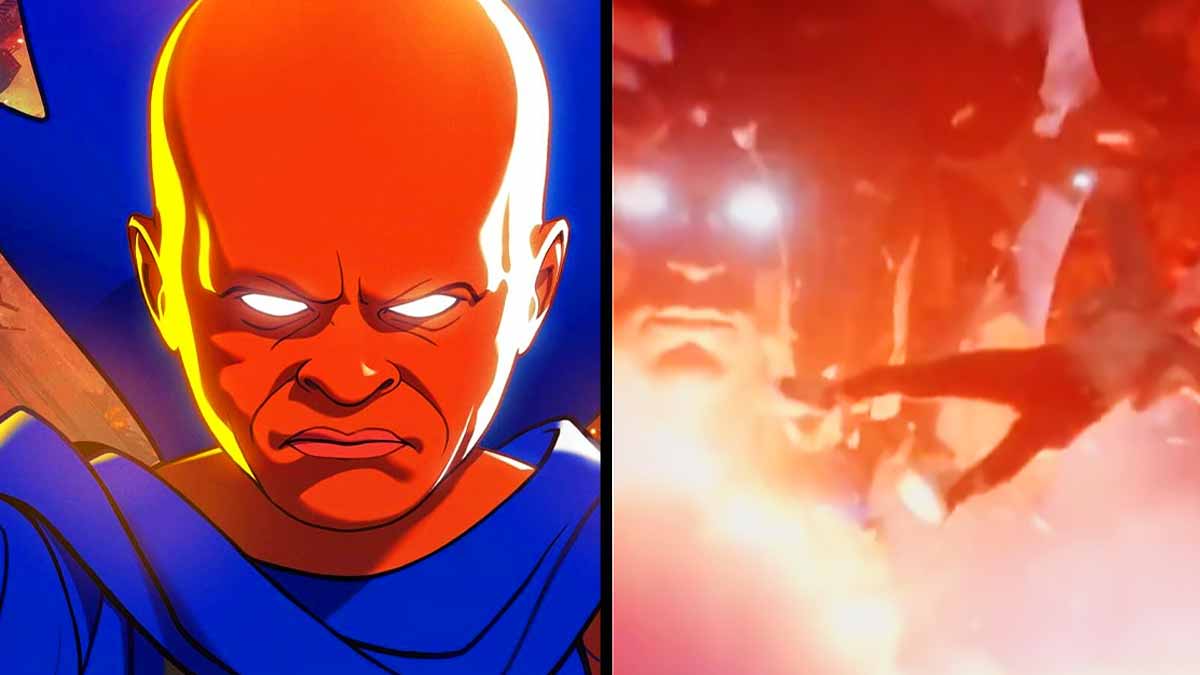 Marvel Studios’ Doctor Strange 2 is hitting theaters in less than two weeks with an array of promos reminding us of this. The cinematic event is already aiming to carve its place into cinematic history. The movie will be the second movie in the MCU to feature Marvel characters from previous Marvel franchises, the first being Spider-Man: No Way Home.

Now it seems that the MCU will now be tieing the movie with their Disney+ animated series ‘What If?’. In a recent promo, we believe that Marvel’s ‘The Watcher’ can be easily spotted in a ‘blink and you’ll miss it’ moment. If true, this could be teasing a variety of events that could happen in the MCU, not just Doctor Strange 2.

If you look closely, you will see a mysterious face in the distance during a shot of America Chavez seemingly traversing the multiverse.

Now I could be mistaken, but white glowing eyes and a mysterious face just “watching” Chavez falling through the multiverse? This has to be the Watcher right?

You could say that this could be a variant of Kang, the multiversal villain set to appear in multiple MCU projects. You could also argue that this is Marvel’s ‘Living Tribunal’ which has also been referenced in the MCU. Although the facial detail, in our opinion anyway, screams Watcher vibes if you ask me.

The comparison is uncanny:

What do you think? Could this be the Watcher, could it be the Living Tribunal?