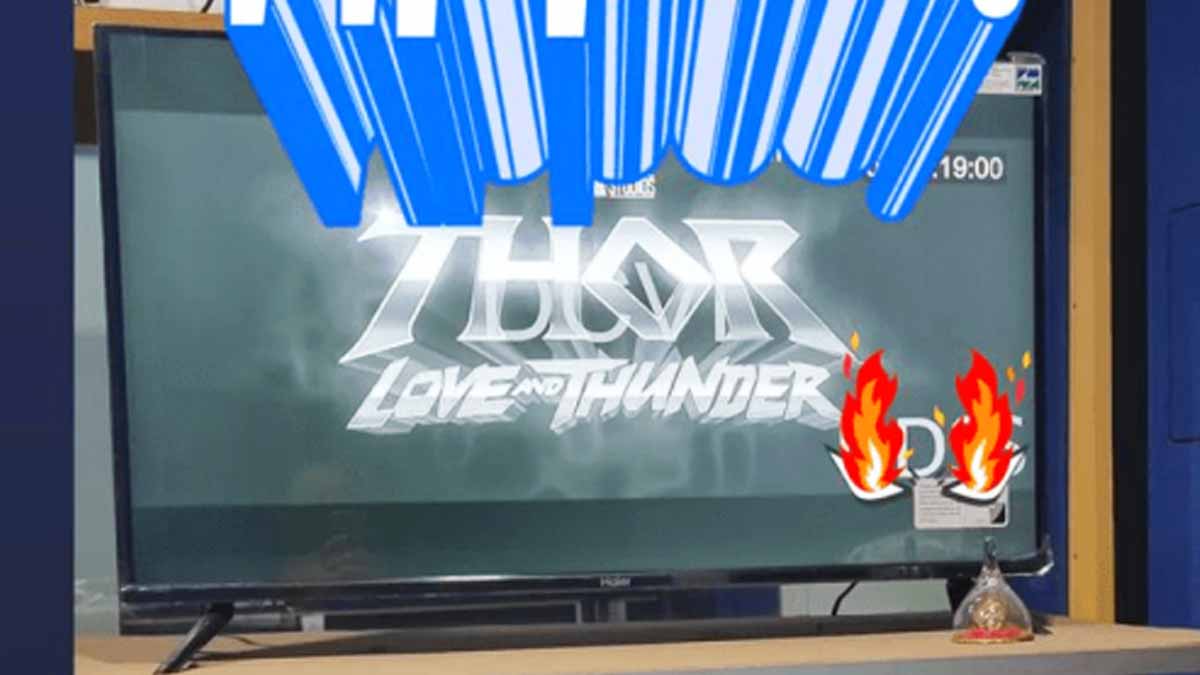 The hype for the Thor 4 trailer is at its peak as every single one of us geeks has been waiting for an eternity. Craving official footage ever since this blockbuster started filming, hopes for the teaser trailer are at an all-time high. Since the time is perfectly ripe for a teaser, with almost 3 months till the movie releases. This way it doesn’t interfere with the sales of Doctor Strange In The Multiverse Of Madness.

Many rumors including the infamous post by Chris Hemsworth point towards the date being the 11th of April, 2022.

Gaurav Chopra, the Hindi dubbing artist for Chris Hemsworth, revealed that the dubbing for the teaser trailer of Thor: Love And Thunder had been completed.

The trailer runtime can also be seen in the image, which is probably 2 minutes and 19 seconds.

When will the Teaser Be Released?

In a very similar fashion to this, Spider-Man: No Way Home’s teaser’s status was revealed last year. On the 14th of August, Twitter scooper Amit Chaudhari confirmed that the trailer for the Spider-Man sequel was being dubbed in Indian Languages. The teaser was released 10 days after the report, on the 24th of August, during CinemaCon.

We can expect the teaser trailer for this movie to release this week, or even better, since the dubbing process has been finished, in the next 36 hours.

Play Our Thor Quiz To Test Your Knowledge!

Click here to play our ultimate Asgardian quiz and see how many you can get right!