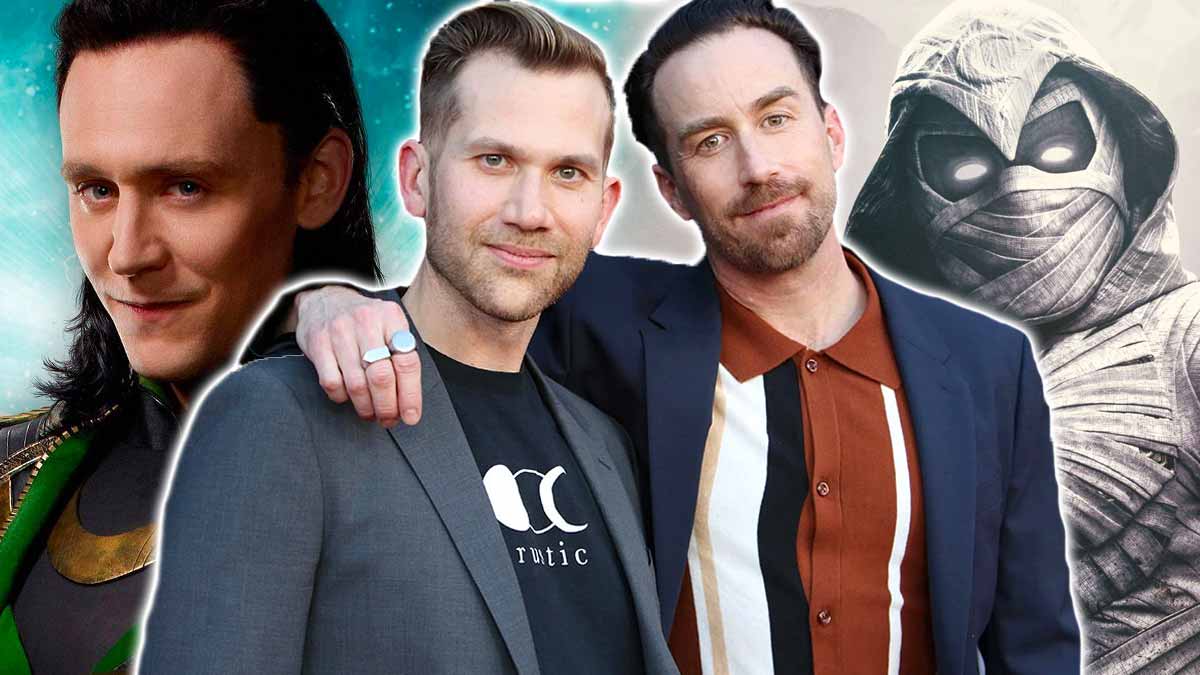 Moon Knight has had the best reception for the 1st two episodes of any MCU ( Marvel Cinematic Universe ) Disney Plus Original series yet, and it is headed to be the most profound character study by any Comic Book series, ever. It explores the deepest crevices of Steven Grant’s broken mind, and into fascinating Egyptian mythology.

The co-directors of episodes 2 and 4 of this series, Aaron Moorhead and Justin Benson, have been contacted by Marvel to direct a majority of the episodes in the 2nd season of Loki. In an interview by Collider, the directors revealed a ton of info on Moon Knight and Loki

On Working With The Cast And Developing The Story

Obviously, this is your first big Marvel thing. What ended up surprising you about working with them that perhaps you weren’t expecting going in?

MOORHEAD: Well, I think everyone has this idea of a bit of a monolithic structure to Marvel where people would question like, as independent filmmakers, were we going to feel shackled or something like that. And honestly, it was just so incredibly collaborative. I think that was a big surprise. We knew that they would be collaborative. We know that they’re a very best idea wins kind of company, but we didn’t quite realize just how much freedom we would have.

And not just the two of us, but everybody. I mean, Oscar, Ethan, and May had so much of a hand in the story that we’re telling, not just as performers, but as writers, as storytellers. I think there was always a bit of alike, “Can we do that exactly? Can we be that strange or go that far off the rails?”

Or actually even seeing WandaVision, we didn’t actually know that they would commit to that crazy format, that what you would think their target audience hasn’t probably even seen a black and white sitcom, but they did it. They just committed to it fully.

That was really cool to find out how bold they were willing to be as long as we were the ones pushing it forward. Not just the two of us. I mean, we, all the collaborators on the project.

On Directing Season 2 Of ‘Loki’

MOORHEAD: I mean, we’re still kind of even processing being handed that job. But I suppose what we can say about it is that we’re really, really proud of what we’ve done on Moon Knight. I think that Marvel really likes what we’re able to do on Moon Knight.

And so we’re hoping to kind of take all the lessons that we learned, which are infinite, the unbelievable amount of life experience, craft, and art that we made in Moon Knight. And we want to take all of that and kind of bundle it back together as we lead Loki.

BENSON: Also, it’s also nice to be tackling another character arc in the MCU who is defined by being different than the rest of the pack and-

BENSON: They all have complexity, but these two have complexity in being outcasts, and there’s something about that feels very special and an honor to tackle.

On Integrating Moon Knight In The MCU

Moon Knight has obviously never been done in live-action before. This is the first time he’s being brought into the MCU. Do you feel like that’s easier or harder when a character like this, when you sort of have free rein to create?

BENSON: It’s not that it’s easier or harder in terms of telling the story you want to tell with this character. What does come with it that’s a little bit difficult is that it’s the pressure to get it right, I suppose, is a little higher.

BENSON: Because it hasn’t been done yet. Also with a character that is rightfully as beloved as Moon Knight, and beloved for being something different, and that comes with its own set of pressures. You just want to make sure you get it right.

BENSON: But in terms of telling a story using a character that doesn’t have live-action pre-established mythology, that was actually, it was easier in some ways. Also, 50 years of great comic books to draw from, of inspiration, if nothing else, it could be as simple as like just a piece of artwork we loved from one that would inspire a whole shot. But yeah. I mean, I guess in some ways, it was a little bit easier for him not having a live-action pre-established anything.

MOORHEAD: I mean, you’ve seen all of our, I think, all of our independent features. All of those share a universe, so the idea of working within a shared universe comes weirdly second nature to us. But, really, it was way just more exciting. I think just very, very exciting that there were no boundaries to what he had to be, nowhere where he had to fit.

BENSON: Also having these, not only just, I mean, everyone knows that Oscar Isaac and Ethan Hawk are some of the greatest actors of our generation. But they are also great novelists, and filmmakers, and screenwriters, and to be in a situation where they could take some sort of personal authorship over the creation of these live-action characters, well, I mean, you’ve got two of the best we’ve got right now doing that. And so that, that was exciting.