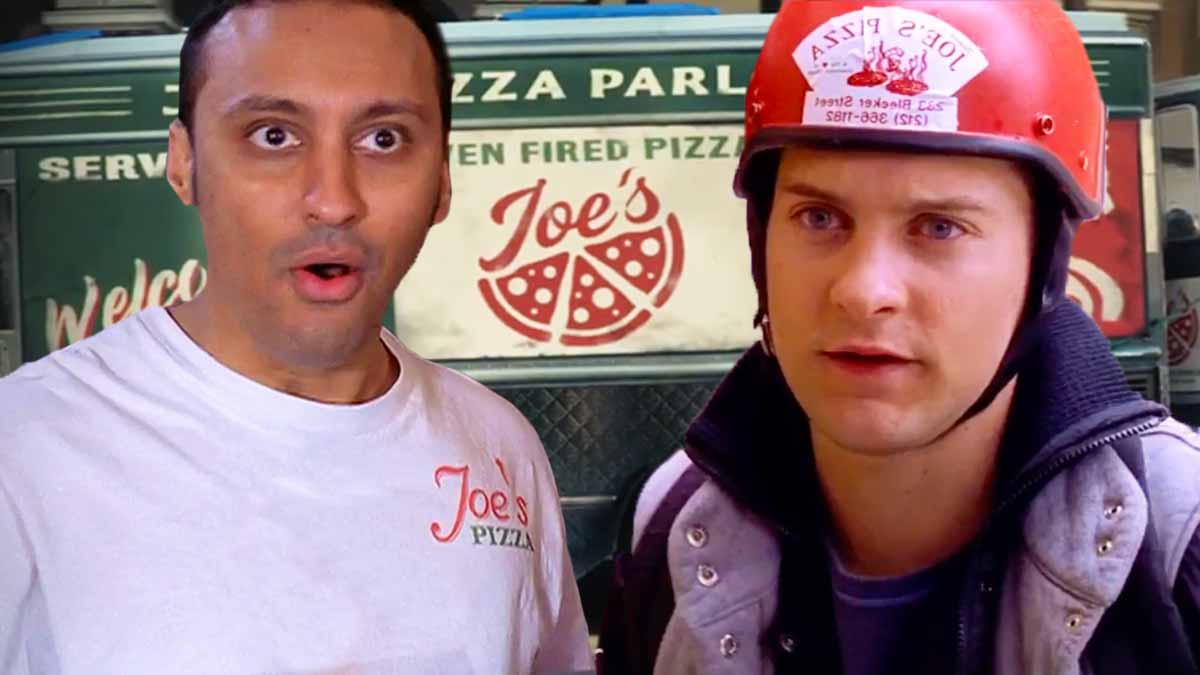 Doctor Strange 2 in the Multiverse of Madness is only weeks away from its theatrical release. Meaning that Marvel Studios are in full motion promoting the movie as much as they can to get the word out. Promotional campaigns, daily social posts, and now a short sketch promo with the Tide company. Although their latest promo isn’t official footage from the movie, it did include some heavy Raimi Spider-Man easter eggs.

In the promo below, the iconic Joe’s Pizza joint featured in Sam Raimi’s Spider-Man 2 can be seen while Doctor Strange’s cloak flies rapidly.

The pizza joint ‘Joe’s Pizza’ is where Tobey Maguire’s Peter Parker worked during his Spider-Man trilogy. This is interesting as Joe’s Pizza has been reported in the past to feature in the actual move itself. Multiple reports claim that Mr. Aziz himself will have a cameo in the movie, most likely a variant of the original. Which would make perfect sense since NWH made Sam Raimi’s Spider-Man movies canon.

What do you think? Can you see a cameo from Mr. Aziz? Will there be a heavy Sam Raimi Spider-Man influence in Doctor Strange 2? Let us know by following our Twitter, Instagram, Facebook, or YouTube and sending comments our way!